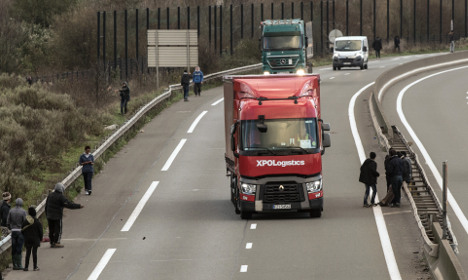 A teenage migrant died when he was hit by a van on a motorway close to the Channel Tunnel near Calais Thursday, becoming the 18th person to die trying to reach Britain from the northern French port since June.

A van hit the Sudanese 16-year-old on the motorway connecting the tunnel to the port of Calais late in the afternoon, according to emergency services.

“A police investigation has been launched,” local authorities said.

Some 200 people had gathered on Thursday afternoon near the Channel Tunnel and were trying to board large goods vehicles before being pushed back by security forces, an AFP photographer said.

Some 4,500 people, mostly from East Africa and the Middle East, are camped around Calais in an improvised village known as the “jungle”, hoping to reach Britain.