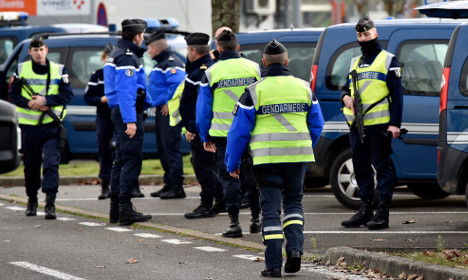 A proposed change to France's constitution would not place a time limit on states of emergency of the kind introduced after the Paris attacks, according to a draft text seen by AFP on Thursday.

However, the draft change to the constitution says exceptional measures taken during a state of emergency — such as powers of house arrest — could be prolonged “for a maximum period of six months” after the original state of emergency was declared.

The exact duration of any specific state of emergency would remain fixed by law at the time of its introduction, as is the case now, according to the draft text.

Sources said the legal framework to extend special powers beyond the current three-month limit, set out by President Francois Hollande after last month's attacks on Paris, will be put to ministers on December 23rd.

The special powers have allowed authorities to ban public demos and enabled police to carry out thousands of raids on addresses across the country.

The government has insisted the emergency measures are needed to ensure security but criticism over the lengthening of the state of emergency is growing.

Lawyers and supporters of activists who have been placed under house arrest to prevent them from protesting during the UN climate talks taking place outside Paris have accused the government of abusing the powers.

This week a leading human rights lawyer Patrick Baudouin told The Local that “there is no justification for the state of emergency to last so long.”

“This state of emergency grants the forces of order like the police and the army exceptional powers that puts people’s liberties at risks – whether it’s night-time raids on their homes, house arrests, or the ban on demonstrations,” he said.

Critics like the lawyer Baudouin, who is the Honorary President of the International Federation for Human Rights (FIDH) say the ban on demonstrations restricts social movements and a vital element of the democratic process.

“The ban on demos goes beyond the need to avert the risk of any terrorist attack. It has been implemented to avoid any trouble rather than an attack,” he said.

SEE ALSO: What does the state of emergency mean for France?