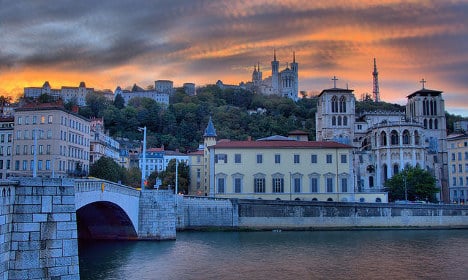 Central Lyon. Photo: Les SIM's/Flickr
If you want a good quality of life, then Bordeaux's your best bet. And you should pick Paris if you want a fatter wallet and the best connection with the outside world.
But if you're looking for the ultimate choice overall – then the answer is “Only Lyon” (as the city's slogan suggests).
The central city topped the tables in a new study published by PwC on Tuesday, which ranked 15 French cities across sixty indicators including employment rates, air pollution, and public transport.
The indicators were divided into three main topics – connection to the world, quality of life, and economics – with Lyon finishing second in all three. Paris, which topped the connection and economy sections, was let down by finishing sixth place in quality of life.
Lyon, meanwhile, was praised by PwC for an “excellent performance across all indicators”.
Paris finished second in the ranking, followed by Toulouse and Bordeaux in the south, and Strasbourg in the east. The map below shows the full ranking of all 15 cities measured. Lyon is France's third most populous city (after Paris and Marseille) with around 490,000 residents. The city, which is regularly cited as France's capital of gastronomy, boasts a Unesco heritage site for an old town and has been praised for its student life, its affordability, and its location.
In fact, The Local recently listed seven reasons why Lyon is definitely better than Paris. Read it here.
Seven reasons everyone should leave Paris for Lyon