France's midfielder Mathieu Valbuena, left, and forward Karim Benzema seen here in October last year. Photo: AFP
The pre-recorded interview comes after French Prime Minister Manuel Valls on Tuesday suggested only players with exemplary records should represent France at Euro 2016.
“I hope it all turns out well for all of us, for Mathieu, myself and my mate (a childhood friend of Benzema's also arrested in the case),” Benzema told TF1 in extracts broadcast by the LCI news channel.
“I hope we get back in the France team and that we win the Euro,” he insisted.
The 27-year-old has been charged with complicity to blackmail and conspiring to commit a criminal act by the prosecutor's office in Versailles, charges that carry a maximum five years prison sentence.
“It's all a huge misunderstanding,” Benzema told a judge last month, according to an article in Le Monde.
“All I was doing was trying to help. There's nothing to any of it, no blackmail or demands for money.”
The scandal is a serious distraction to France before they host Euro 2016 — Benzema is forbidden to have any contact with Valbuena, 31, and neither was called up for France's recent friendlies against Germany and England.
In sporting terms Benzema is seen as France's top striker, but Les Bleus have a wealth of other attacking options and a record of leaving trouble-makers out of squads for international tournaments.
The blackmail case began in June, when Valbuena lodged a complaint with police after being telephoned by a man who said he had the sex tape.
Four men, including a friend of Benzema, Karim Zenati, have been charged and detained over the blackmail using the stolen sex-tape.
Benzema is alleged to have approached Valbuena about the images at a France national training camp on October 5.
The former Lyon star says he had no need of money nor did one of the accused, Karim Zenati, as he was employed in one of Benzema's companies.
A police telephone tap however on Benzema and his calls to Zenati cast doubts on their attitude.
“I'm mad with myself for having talked that way on the phone, we went too far,” Benzema said of comments that appeared to mock Valbuena.
The victim of the affair, Valbuena, in his first public comments told Le Monde last week he was “very, very, very disappointed” by Benzema.
Benzema's lawyer Alain Jakubowicz told Wednesday's le Parisien newspaper that the player would use Wednesday's tv interview to apologise to Valbuena for those unfriendly remarks.
The lawyer also used the Le Parisien to hit out at the French prime minister's comments over his clients potential exclusion from the France squad asking : “Is this a prime minister's words or those of a Barcelona fan talking about a Real Madrid player.”
Valls hails from the Catalonia region and was in hot water himself in June for using a French government jet to fly himself and his son to Berlin to the Champions League final featuring Barcelona.
Jakubowicz later told RTL radio he would sue Le Monde for contempt of court for having revealed details of Benzema's testimony, adding the revelations would aid the player's defence. 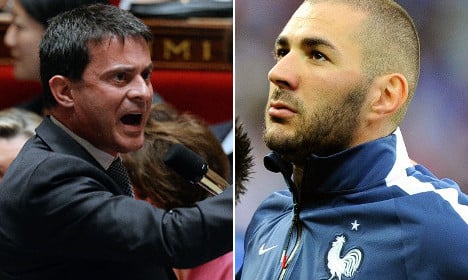 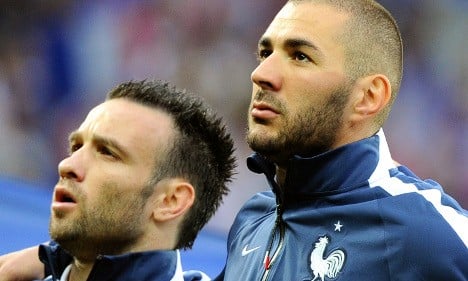