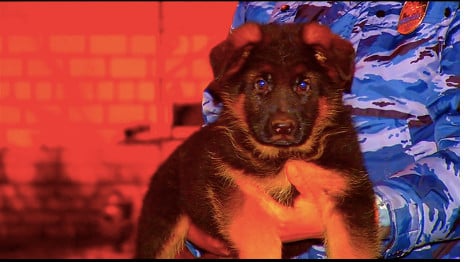 Dobrynya the puppy with her handler. Photo: Russian ministry of Internal Affairs
“The gift from Russian police dog-lovers to their French  counterparts… is a very strong and exceptional symbolic gesture on your part,” Interior Minister Bernard Cazeneuve wrote in a letter to his Russian counterpart, Vladimir Kolokoltsev.
The Russian interior minister had offered to send a German shepherd puppy named Dobrynya to replace Diesel, a seven-year-old Belgian shepherd.
She was killed on November 18 during a massive security operation against jihadists holed up in an apartment to the north of Paris.
During that raid Abdelhamid Abaaoud, one of the suspected ringleaders of the November 13 attacks in and around Paris which left 130 people dead, was killed in a shootout along with two accomplices.
Dobrynya is named after a mediaeval Russian knight famed for his strength, chivalry and courage.
Russia's foreign ministry has published pictures and videos of the little dog playing with a ball.
The six-month-old pup, which lives in a centre for police dogs in the Moscow region, has also appeared on Russian state television.
Before being sent to France he must undergo veterinary checks and a quarantine. After Diesel's death was announced earlier this month the hashtag #JeSuisChien (meaning #Iamdog) spread across social networks in tribute to Diesel.
French President Francois Hollande and Russian leader Vladimir Putin agreed Thursday to coordinate strikes against the Islamic State group, which has claimed responsibility for the Paris attacks. 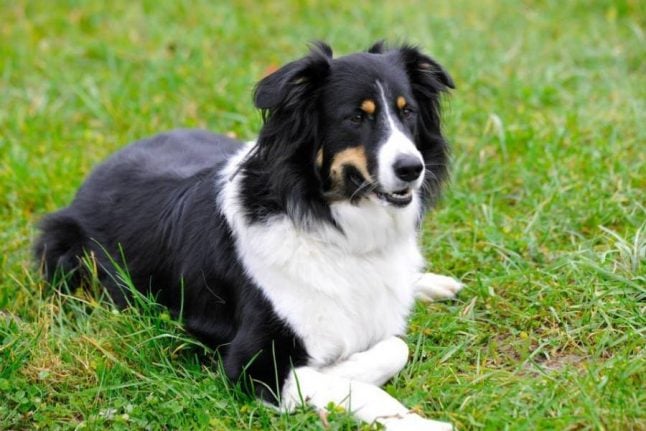