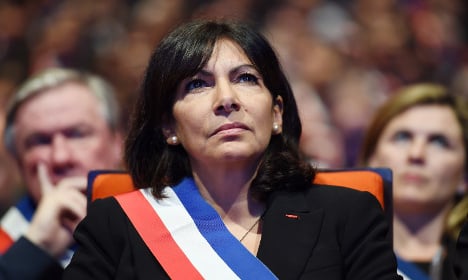 Speaking in a heart-felt video message, Hidalgo urged the youth of the French capital to be true to themselves and not give up on their dreams after the attacks which killed 130 people.

The speech also saw her stressing that the current state of emergency in France should not been seen as a way of restricting their freedom, but of ensuring liberty.

Here is the full text of her speech:

“It is to all the young people of Paris that I’m speaking here. Whether you were born here, or born elsewhere, if you’ve been here forever or only for a short time, whatever your beliefs, your social class are are, you are the youth of Paris.

To all of you, I want first of all to express my support. Of course, my thoughts are particularly with those who have lost friends, peers, people close to them. Know that you are not alone, and that the people of Paris are with you.

But above all I want to tell you of my pride in seeing you standing – worried, of course, who wouldn’t be? –but resolute, first and foremost.

You have not given up on what you are, on what you love, on what you are about, determined to continue your journeys, your discoveries, to stay curious and tolerant, cheeky and rebellious. This is the call to life which I am sending to you.

Of course, the threats which weigh upon our city demand security measures, but these measures should not be understood as a straitjacket or restriction: they are a framework to maintain our freedom and our life as a community.

Terrorists want to take away our freedom and our safety, but I’m counting on you, the young people of Paris, to defend both of these, to live together with passion in a city which is passionate, united and peaceful.”

Watch the full video of Hidalgo's speech (in French) below:

Hidalgo, the first female mayor of Paris, assumed office in 2014.

The Spanish-born politician has had an incredibly difficult first 18 months in office with Paris having experienced two major terror attacks.

In January, 17 people were murdered by jihadist gunmen, mainly at the Charlie Hebdo satirical magazine.