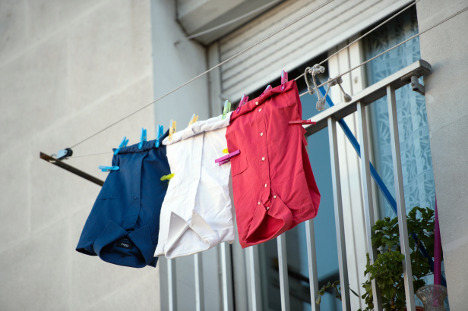 A solemn ceremony was held on Friday for the victims of the Paris attacks, with President Francois Hollande vowing that France would respond to the “army of fanatics” with more songs, concerts and shows.

“We will not give in either to fear or to hate,” said Hollande in the courtyard of the Invalides buildings in central Paris, speaking to 2,000 dignitaries, families of the victims, and those injured in the violence. The ceremony was also broadcast live on TV. Proceedings began with the president's arrival to the sound of the national anthem La Marseillaise, played by the Republican Guard.

Photos of the 130 people killed in the attacks of November 13 played on a black screen, while singers performed the ballad 'Quand on n'a que l'amour' (When All We Have Is Love) by Belgian songwriter Jacques Brel.

Hollande was visibly affected as the names and ages of the 130 victims were read out one by one. He then gave a 20-minute speech which praised the solidarity shown by France following the attacks and gave a “solemn promise” to “destroy” Isis.

The rows of seats filling up for Hollande's 20 minute speech in which he will pay homage to 'Generation Bataclan' pic.twitter.com/i56fDBWLYv

He added “Isis has a cult of of death, but we have love, a love of life. We will not change.”

Hollande said “130 destinies had been stolen, 130 laughs that will never be heard again,” adding that the victims had come from more than 50 places in France and 17 countries.

He paid particular tribute to France's younger generation – the majority of those killed were under the age of 35 – and said that the 'Bataclan generation' had “become the face of France”.

He said the best way France could respond to the attacks was with more “songs, concerts and shows.”

The Local's Editor Ben McPartland was at the ceremony, which he described as “very solemn, as expected.”
“It was a very emotional moment when the images of the victims whose faces we now recognize were displayed on the big screen and their names were then read out. The list went on and on as the guests stood in the cold to hear each one,” he said.
“It's only when you hear the names being read out loud that it really makes any sense just how many people died.”
The Local spoke to two young women (pictured below) who had come to Les Invalides to pay tribute to one who did. One of them, Monica, told us: “We felt we had to be here to show our support for the victims. We are students and so many of us were killed. We are here for them.”
Her friend Yeshna added: “The last thing the victims were doing was living their lives. We have to go and do the same for them.” In the run up to the commemoration, Hollande had called on the French to hang out the Tricolour in their own houses.

“Every French citizen can take part (in the tribute) by taking the opportunity to deck their home with a blue, white and red flag, the colours of France,” government spokesman Stephane Le Foll quoted Hollande as saying.

The government also called on people to take selfies featuring red, blue, and white, then to share them on social media with the hashtag #FiersdelaFrance (Proud of France).
Here are some of the best pictures of the day.
The ceremony
Hollande stands alone in front of members of the government (above) while some of the wounded joined families of the victims at the ceremony.

Homage ends with Images of the victims, the Marseillaise, and people standing to reflect with bowed heads… pic.twitter.com/lck9m0Bhwl

Many of those wounded in the attacks were also present at Les Invalides.
This photo from AFP shows members of the Red Cross assisting the wounded as they took their places.

The faces of victims, so many of them young are displayed on the big screen as a woman sings solo #hommagenational pic.twitter.com/rMrUy3p4DM

Hollande listening as the names of the 130 victims are read out. France and especially Paris was filled with the blue, white, and red of the French flag on Friday.

Those abroad joined in, sharing their support via social media.

Even though I am on holiday and far away from the Ile de France, thinking lots of the victims of the attacks

The French media has been a sea of red white and blue on the front pages today. The Liberation, however, went black and white with the names of all the victims (below).