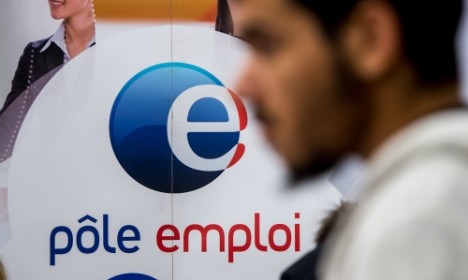 That jump, raising the number of jobless people to a total of 3.59 million, has not been seen since April 2013.
On a year-to-year basis, the number of unemployed registered at the unemployment office has risen by 3.7 percent.
“These figures are not satisfying,” said Labour Minister Myriam El Khomri in a statement.
She added however that they “must be interpreted with care because the results of the past few months have had major variations.”
In September, the number of registered unemployed had a net decrease of 23,800, and that was the biggest drop since the financial crisis in late 2007.
“Since the beginning of the year, the increase in the number of people looking for work remains much less than that of 2014,” the minister said.
The Labour ministry said it is looking for the jobless number to stabilize by the end of year and hopes it will begin to fall in 2016.
Unemployment is a key issue for the Socialist government with regional elections 10 days away, and President Francois Hollande has vowed not to seek re-election in 2017 if his administration fails to reduce the country's joblessness.
Url copied to clipboard!