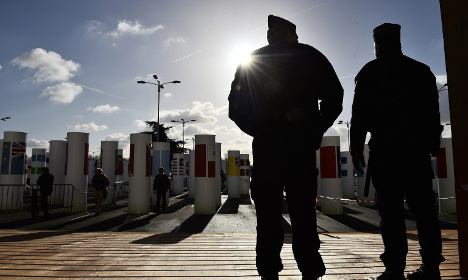 Police in Bourget, at the scene of the COP21 summit. Photo: AFP
Perhaps it's best to just stay home this weekend.
Paris police issued a statement on Friday urging people to “avoid public transport unless it's necessary” on both Sunday and Monday, after already having warned motorists to leave their cars at home on both days.
The reason? Because there will likely be extreme congestion citywide thanks to all the roads that will be locked down as world leaders are taken to the COP21 climate conference.

In an effort to encourage people to ditch their cars, authorities even announced that public transport will be free for Sunday and Monday.
And it's no surprise that security is so tight ahead of the summit, with a guest list including the likes of Russian President Vladimir Putin, US President Barack Obama, Indian Prime Minister Narenda Modi and Chinese President Xi Jinping.
They'll be joined by over 140 other world leaders aiming to spearhead a climate pact tasked with keeping Earth liveable for humanity.
READ ALSO: The Paris COP21 climate summit in numbers France has also announced that it will deploy nearly 11,000 police for the summit, which will be held between November 30th and December 11th in Bourget, in the northern suburbs of Paris.
The Interior Minister Bernard Cazeneuve said on Wednesday that 8,000 police and gendarmes would be posted to carry out border checks, with a further 2,800 would be deployed at the conference venue north of Paris.

If you really have to drive, be warned that the A1, the A16 and sections of the western périphérique ring road will be particularly affected.

The map below gives idea of which roads will be hit by the security measures. A more detailed map and key is available here.

With the country on high alert, the government has also banned major demonstrations by environmental groups that were planned for this Sunday and December 12th.

Indeed, the terror attacks have brought out a sense of solidarity among the high profile guests, led by US President Barack Obama who urged others to follow his example and come to the French capital to show that “a handful of killers does not stop the world from doing vital business”.
No heads of state or government backed out of the November 30th opening, despite the attacks, French Foreign Minister Laurent Fabius noted on Saturday. “On the contrary, some who had not yet responded have said they will come exactly because we cannot give in to terrorism,” he said.

Preoccupied by a recent spate of extremist attacks around the globe, world leaders will have their work cut out at the 12-day climate huddle.

The highly-anticipated conference is tasked with fixing a problem that threatens the very survival of our species: global warming.

After six years of preparatory negotiations, the 195 nations gathering under the UN flag remain sharply divided on a raft of intertwined issues. 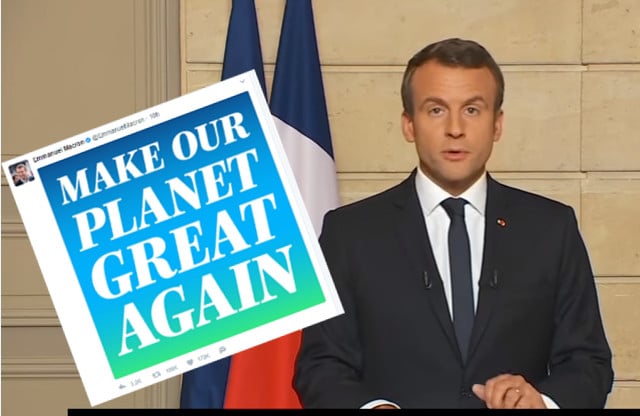 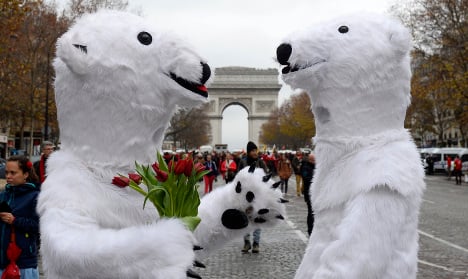