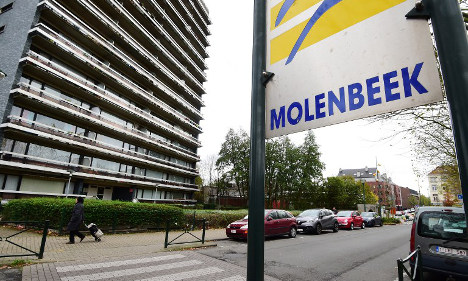 Ali Oulkadi, 31, charged on Monday with helping Abdeslam and taking part in a terrorist group and terrorist killings, formally denied the charges and wanted Abdeslam arrested at all costs, his lawyer Olivier Martins said.

“No one knew that Salah was wanted, he (Ali Oulkadi) did not know,” Martins told reporters after his client appeared in a Brussels court under armed guard as investigations continued into the November 13th Paris massacre which left 130 people dead.

The lawyer said that around noon on Saturday November 14th, Oulkadi got a call from an unnamed friend who asked to be picked up in the Laeken area in the northwest of Brussels to take him to nearby Schaerbeek. When he arrived, this friend was with another man whom Oulkadi did not immediately recognise because he was wearing a pulled down hat, Martins said.

But once in the car, Oulkadi recognised him as Salah Abdeslam because Oulkadi was “one of the best friends” of his older brother Brahim Abdeslam, the lawyer added.

A “particularly nervous” Salah Abdeslam did however tell Oulkadi during the drive that Brahim “had killed people and blew himself up” during the gun and bomb attacks, Martins said. He said the revelations left Oulkadi “in a state of shock” and he drove to their destination “like an automaton.”

“Oulkadi has only one wish – that Salah is arrested and that these things stop,” Martins said. He said his client had no criminal record and “absolutely” no terror links so should be released.

French and Belgian authorities say Salah Abdeslam fled to Belgium where he is now the subject of a massive manhunt. Salah Abdeslam is believed to have helped drive some of the attackers to their Paris targets and may have meant to blow himself up, like brother Brahim, with an explosive vest which was found abandoned in a Paris suburb earlier this week.

Oulkadi lives in the same largely Muslim district of Molenbeek – dubbed a hotbed for extremists – where Salah and Brahim Abdeslam hail from.

On Friday Belgian authorities questioned two more people over the attacks, one as a suspect and another as a witness. Belga news agency reported that they were brothers.