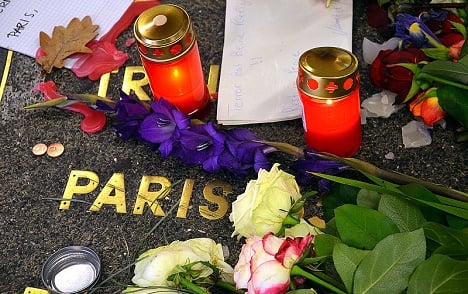 The horrific terrorist attacks in Paris, Beirut, and Sharm El Sheikh – coupled with the recent manhunt in Sweden and lockdown in Brussels – remind us of the great brutality we collectively face. In many countries around the world, the drums are beating for a large-scale military response.

But leaders pondering this strategy run the risk of repeating a mistake made after 9/11. Then, as now, it has been all too convenient to target a specific enemy – be it Al Qaeda or Isis – believing that destruction of their leadership, bases, and supply lines will eliminate the threat they pose to civilization.

This hope is misplaced. Attacking Isis, whether in Syria or any of its widening web of enclaves, is only a small part of the challenge ahead of us. Isis can be wiped from the face of the earth, but if the perverse ideas that spawned it continue to thrive, their nihilism and violence will only come back in a new, more virulent form, with a new name and under new management.

Isis isn’t the ultimate enemy; radical Islamic extremism is. Indeed, Isis may well prove to be a model other radical Islamic organizations attempt to emulate – or even eclipse – in the future.

Radical Islamists of all stripes pose a threat to the world. They have struck under various banners not only in the heart of the west, but in Africa, in China, in southeast Asia, in Russia, and, of course, across the Middle East. Their perverse theology spews hatred and violence and denies the legitimacy of any leadership other than dogma dictated by their own twisted interpretation of the Koran.

The West and its allies in the Middle East must go through a disciplined analysis of this problem in order to avoid the risk of focusing solely on Isis while ignoring the transcendent problem of radical Islam. The battle ahead is not only about defeating Isis, nor can its tactics be limited within the confines of military attacks.

A global alliance must be built that is dedicated to Total War against radical Islam — as opposed to a simply a short-term, military-only battle favoured in some circles. This alliance should be based on shared values and objectives, including the spread of freedom and the commitment to the safety, well-being and forward progress of citizens of all nations.

It must include countries from all regions of the world, including bringing together countries where Islam is the dominant religion with countries where it is not. Its core objectives must be rooted in religious tolerance and acceptance of diversity. These goals are critical; without them, there is little likelihood that citizens of the world will come together to support the actions that must be taken on the battle field, in our schools, and in our houses of worship.

Within this alliance, Muslim countries must work to disabuse young people of the notion that their holy Koran sanctions violence.

This is where the Arab world and billions of Muslims who practice their faith in peace are uniquely positioned to take the lead. It is imperative that we focus attention and resources on disrupting the spread of the “mirage” that extremism is consistent with religious duty.

After hundreds of years of tolerating relative interpretations of the Koran, we must do a better job explaining the true tenets of Islam to our impressionable and disaffected young men and women.

Our leaders must be willing to risk their positions in order to end longstanding policies of accommodation of radical viewpoints in the name of stability.

Finally, we rely on education as a main weapon in this war, as it is stronger than any bomb or bullet. A forum should be created to educate religious leaders of the Abrahamic faiths about each other’s religions, rituals, values and theological understandings.

For too long, we have insulated ourselves from each other, thus creating a universe in which distrust, suspicion and hatred reign supreme. Religion must be part of the solution, but can only be so through open dialogue and subsequent understanding on a far-reaching scale.

Our hearts ache for all the victims of this latest spasm of depravity. They were our sisters and brothers; children and parents. We must dedicate ourselves to combating all forms of this extremist scourge. And we will succeed only if we complement military strategy with the powerful tools of education, collaboration, and opportunity.

This article was written by Dr. Jamal Sanad al-Suwaidi, Director General of the Emirates Center for Strategic Studies and Research (ECSSR) based in Abu Dhabi. He is the author of numerous publications and books including “The Mirage” which discusses the challenges of religious extremism and seeks to offer a way forward for communities worldwide. Click here to learn more about the book and purchase a copy. The book is also available on Amazon.

This article was sponsored by the Emirates Center for Strategic Studies and Research (ECSSR).