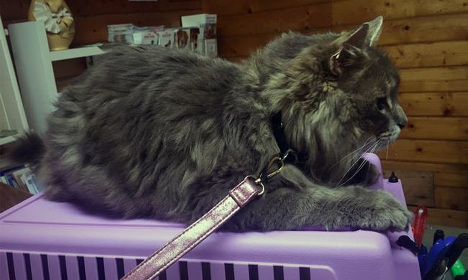 Glitter in France, with his fancy purple leash. Photo: Private

Nine-year-old Glitter's owner Sammy Karlsson thought he would never see his pet again after it ran away from their home in Bromölla, southern Sweden.

He confessed to Swedish public broadcaster SVT that the cat had often disappeared for a week at a time.

“He may be away for a week, but he always comes back. But this time I began to miss him more and more. I sat and watched for him on the deck, but he never showed up.”

Then last Friday, he received a call from Nimes in the far south of France and was asked if he knew Glitter. The microchip in the cat's ear had identified him.

Karlsson told The Local after the strange story hit the headlines on Wednesday: “I thought they were joking. But they sent pictures – it’s him. He's wearing a purple leash.” Did a family pet walk all the way from Sweden to France? Photo: Google Maps

How Glitter ended up so far away in France remains a mystery, although Karlsson said the area in Bromölla does attract quite a few French tourists in the summer and suspected he was given a lift by someone.

Karlsson said that Glitter will be home some time in the new year.

“He won't be back for Christmas but maybe early in 2016. My daughters really miss him, so we hope it's soon.”

“But first, he must obtain a French passport and be vaccinated against rabies. But I'm very psyched to get him home.”

When asked what Glitter had been up to in France, Karlsson laughed.

“He probably met a French woman and acquired a beret.” 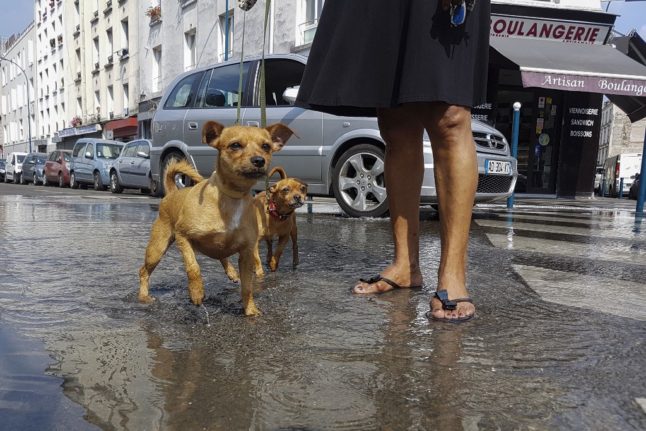 ANIMAL WELFARE
What you need to know about owning a dog in France
Url copied to clipboard!