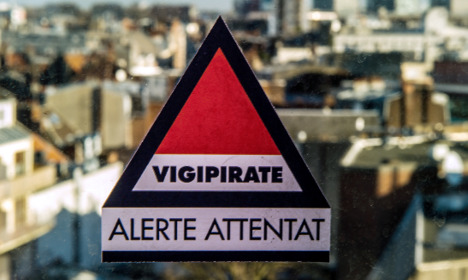 Security measures taken in the light of the terror attacks are impacting on daily life in Paris. All photos AFP

With the French government rushing to boost security and the country remaining in a state of emergency the daily life of Parisians and those all round the country is likely to be affected in many ways for some time to come.

In the aftermath of the bloodshed on November 13th there was plenty of discussion about how life in France and in particular the country’s capital would never be the same again.

It’s perhaps too early to know whether those forecasts will be proved correct but the impact of 130 people being killed in bars, restaurants, concert halls and outside the national football stadium has clearly had an effect.

France was already used to seeing soldiers on the streets guarding sensitive religious places and tourism attractions after the January attacks, but this time the knock-on effects of the attacks are more tangible.

“There is clearly an impact on daily life,” French terrorism expert Francois-Bernard Huyghe tells The Local. “The government has implemented a lot of symbolic measures aimed at reassuring people.”

While those measures are hardly preventing normal life from returning, they are having a noticeable impact. Here's a few of the ways la vie quotidienne life has been hit. Authorities are obviously concerned that places that attract crowds of people in small areas could be targeted again.

Since November 13th security guards at shopping centres like Les Halles in central Paris have been much stricter with bag searches, with most if not all shoppers being searched rather than just a handful of random people as it was before.

The prefect of Paris police Michel Cadot has however said it would be impossible to put metal detectors in all the places needed.

At the famous “Grands Magasins” stores, like Printemps and Galeries Lafayette, the number of security guards has been increased, with many operating in plain clothes and stationed at windows so they can survey the streets.

Naturally numerous bars have also boosted security and while brasseries and bistros are unlikely to hire security guards, some of the bigger bars in Paris, including expat pubs are also being much stricter with bag checks. “The French government will be desperately hoping to get through the Christmas period without incident,” said Huyghe.

The numerous Christmas markets across the country are a concern for authorities. The one on the Champs Elysées had been cancelled in the aftermath of the attacks, before finally opening last Wednesday.

In Strasbourg, perhaps the country’s most famous Christmas market, the local mayor has said that “checkpoints” will be installed for the first time.

The security barriers will be placed at the entrance to the “Grande-Île” and only those who live in the centre will be able to park their cars there.

Elsewhere the run up to Christmas has also been affected with the traditional Saint-Nicolas parade in the eastern town of Nancy being cancelled. Train stations in France, or at least those which serve international destinations, could become more like airports in the future.

So far the French government has announced it plans to put metal detectors in Gare du Nord and Lille for the Thalys services to Amsterdam and Brussels.

That will mean passengers will have to get to the train stations earlier to go through baggage checks.

France’s ecology minister Segolene Royal, whose portfolio also covers transport, wants to see train tickets carry people’s names in the future and barriers erected at stations so that only passengers can access platforms.

Commuters on the Paris Metro can also expect to see more security with transport chiefs RATP set to employ scores of new agents. Going to a live concert, especially in Paris, will not quite be the same after the attack on the Bataclan that left 89 dead.

Days after the attack, a concert took place at the Olympia theatre near Opera, with people reporting huge queues as ticket-holders tried to get in.

Again anyone with a ticket is advised to get to the venue as early as possible.

In The Local’s office building, a barrier has placed across the entrance which reads “Due to the state of emergency all visitors must show ID”. A new security guard sits watch alongside checking people’s IDs as they walk in.

All parcels are also checked at the front desk, whereas before they would be taken to whichever company they were for.

Many office buildings around the capital have taken similar measures, with boosted security guards and reminders that people must be able to prove who they are.

There are reminders about the state of emergency everywhere. On the doors of a nearby creche parents are told to make sure the door is firmly closed and not to allow anyone in they do not know. Office buildings are not the only places where security has been boosted and ID checks are becoming more common.

Schools across France have also been forced by the Education Ministry to take several measures in the light of the attacks.

Parents in France, meanwhile, have been advised not to linger while dropping off their children at schools in a bid to avoid making large crowds. They have also been told not to park their cars outside schools.

Identification checks have been put in place for all visitors to schools across the country, on the advice of the Ministry for Education.

School trips have also been banned in the Paris region. Shortly after the attacks French President François Hollande announced that “France’s borders were closed”, which gave the impression no one was getting in or out of the country.

But since then it has become clear that the borders are open, even the road ones between France and Belgium, which wanted man Salah Abdeslam used to flee.

While most traffic was moving freely on the motorway between France and Belgium, cars are being pulled over at certain check points for random checks.

Drivers heading out of France are unlikely to face huge queues as was first imagined, but it may also not be as straightforward as before. In Paris particularly, hospitals are still feeling the strain after treating hundreds of patients in the days after the attacks.

While the crisis has clearly eased, with many patients being released from wards while the number in intensive care decreases, hospitals are still suffering from the impact.

There have also been reports that the number of people being admitted for stress and trauma has rocketed since November, which is also putting a strain on resources.

What changes have you noticed to your daily life since the Paris terror attacks?