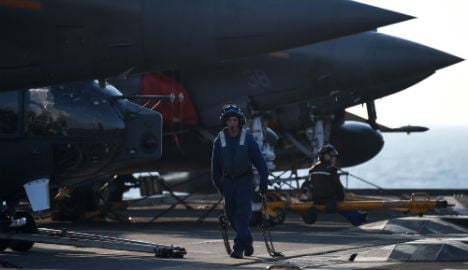 French technicians work on the flight deck of the Charles-de-Gaulle on Saturday. Photo: Anne-Christine Poujoulat/AFP
“It will be operational from tomorrow,” Le Drian told Europe 1 radio on Sunday, nine days after attacks in Paris that killed 130 people.
France's Charles-de-Gaulle aircraft carrier left the port of Toulon on Thursday to bring its fleet of 20 strike aircraft within range of ISIS strongholds in Syria and Iraq.
The 261.5m nuclear-powered vessel, commissioned in 2001, is the largest warship in deployment by any Western European country.
Its 20 aircraft include Dassault-Breguet Super Étendard, Dassault Rafale M and E‑2C Hawkeye aircraft, as well as EC725 Caracal and AS532 Cougar helicopters.
Aircraft from the ship were involved in Operation Enduring Freedom against Taliban-controlled Afghanistan in 2001, helped enforce the UN no-fly zone over Libya in 2011, and carried out strikes against ISIS targets in February. 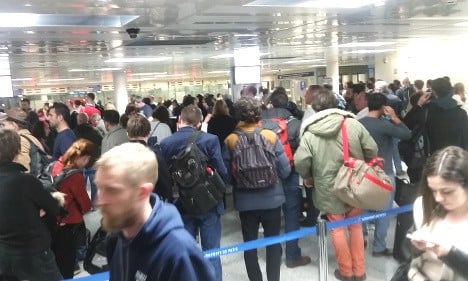 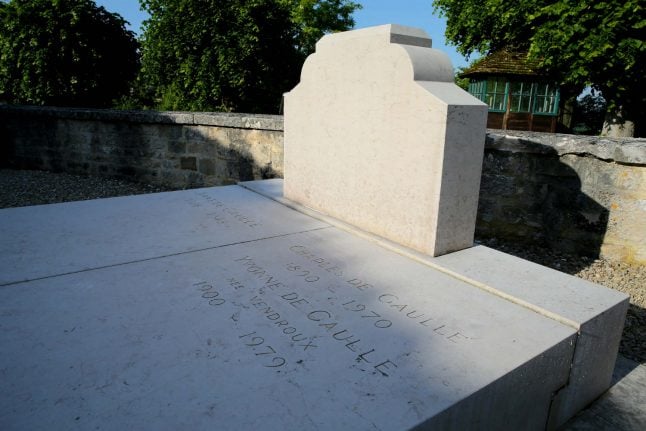