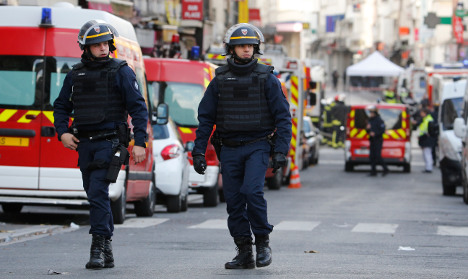 In less than a week after the Paris attacks, French police have managed to track and kill one of the most-wanted Isis jihadists and a “ringleader” of the carnage, Abdelhamid Abaaoud.
However, as investigators weave together a vast and complex web of clues pointing to a sophisticated logistical operation that took place under the nose of European intelligence officers, several burning questions remain.
How did no one know Abaaoud was in Europe?
The Belgian jihadist of Moroccan origin is one of the most high-profile European fighters with the Islamic State group, and has featured in several grisly videos.
His notoriety only heightens the glaring failures of intelligence services to pick up his presence back in Europe since he left for Syria in 2014.
French Interior Minister Bernard Cazeneuve said Thursday that the man implicated in four plots against France this year played a “decisive role” in the Paris attacks.
“No information from European countries he could have passed through before arriving in France was communicated to us,” Cazeneuve said.
He said it was only on November 16, three days after the devastating attack, that “intelligence services of a country outside Europe indicated they had knowledge of his presence in Greece.”
While investigations into Abaaoud's exact role in the Paris attacks are still underway, European leaders are scrambling to understand what went wrong. Were there other gunmen and where are they?
French police have identified four of seven attackers who were killed or blew themselves up in the coordinated assault on the national stadium, a concert hall, bars and restaurants.
Investigators believe they operated in three teams of “commandos”: a first struck the Stade de France stadium, the second carried out shooting attacks on several bars and restaurants and a third massacred 89 people during a rock concert.
An eighth suspect, Salah Abdeslam — the brother of one of the dead suicide bombers — is on the run and police saw a ninth in video footage of the attacks.
Investigations led police to raid the building in the suburb of Saint-Denis in which Abaaoud was killed.
But this only raised more questions as another eight people were arrested, none of them Abdeslam. Their identities and possible role in the Paris attacks have yet to be determined.
Another person, believed to be a woman, detonated an explosives vest during the raid.

Did any of them sneak in as refugees?
Close to the body of one of three suicide bombers outside the Stade de France, investigators found a Syrian passport — but they believe it may be fake.
Fake or not, someone registered as an asylum-seeker using the passport in Greece and later in Croatia, the path followed by many refugees coming into Europe.
Since Abaaoud was also flagged in Greece, the question arises whether Isis was deliberately trying to frame refugees for the attack in a bid to spark divisions in Europe.
The implications of this could be immense in the EU where right-wing parties are already using it to up their anti-migrant rhetoric.
Why did suicide bombers blow themselves up far from crowd?
Three suicide bombers deployed to the Stade de France where thousands were watching a French-Germany football match.
They could have caused a bloodbath and serious panic, intensifying the chaos as police rushed to several attacks around Paris, but only one person was killed.
Did their plans run into trouble? Were their suicide vests remotely detonated? Or, were they simply unable to get into the stadium but set off their explosives anyhow according to a strict timeline?
None of this is clear.
Another suicide bomber, Brahim Abdeslam, blew himself up outside a cafe on the Boulevard de Voltaire, also causing no fatalities.
Two inside the Bataclan concert hall blew up during a police assault on the theatre, one of the first police officers at the scene told AFP.
“We fired, we saw the shadow crumble and then it exploded. We don't know how but the result was that the two jihadists blew up,” he said.
The third Bataclan attacker was shot dead. Other lingering strands
Paris prosecutor Francois Molins has outlined a “massive logistical operation (that) was meticulously put in place.”
He said the three cars found in Paris after the attacks were rented by the Abdesalam brothers in Belgium and arrived “in convoy” on the eve of the attacks.
A fourth vehicle was used to take Salah Abdesalam back to Belgium the next day. Two other people in that car have been arrested in Belgium and charged with “a terrorist act and participation in the activities of a terrorist group.”
They are Mohammed Amri, 27, and Hamza Attou, 20. Their exact role has yet to be determined.
Police also found a cellphone in a dustbin outside the Bataclan with a text message sent saying “We're ready let's go”. It is unclear who the message was sent to.
The Abdeslam brothers also rented three rooms in Paris, where investigations are still underway.
It is not known if the brothers had any links to the apartment where Abaaoud was killed.
By Fran Blandy