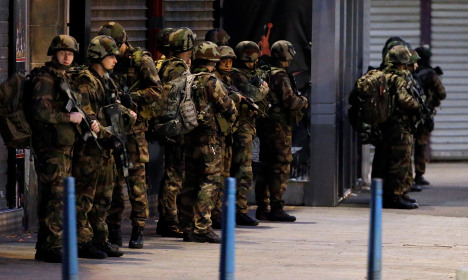 “It's like war”, said a resident of Saint-Denis, a suburb north of Paris, as gunfire and explosions echoed through narrow cobbled streets, helicopters buzzed in the night-sky, and snipers took up position on rooftops.

In a pre-dawn raid aimed at nabbing the prime suspect in Friday's brutal Paris attacks, troops spilled from vehicles to fan out by one of France's most fabled monuments, the 12th century Saint-Denis Basilica housing the tombs of its ancient kings.

Police snipers scaled rooftops, officers smashed down the doors of a nearby church with axes and elite anti-terror squads stormed a building, evacuating terrified residents on the way, some of them still in their underwear.

Police have broken down the doors of the church where the press are standing. No one knows why. They're inside now. pic.twitter.com/6znLxrn8HU

A 26-year-old who'd slept over with friends emerged to head to the subway nearby just as the raid began in the Rue de Corbillon. Hearing gunshots, “I thought it was a shoot-out between criminals,” she said.

“I'd never have imagined terrorists might be hiding out here. I could've been hit by a stray bullet.” As police shouted at people hanging out of windows after being woken by the noise to keep back, bleary-eyed residents straggled into the streets to be pushed behind a police cordon.

Mohamed, 20, student, who lives  50 meters from the scene told The Local: “I'm shocked. This is my town. There are so many innocent people here.

“Friday's attacks were a tragedy but this hits very close to home because I live here. This is my home. This is so far from normal for us – we've never seen anything like it.”

“I heard the big bang at 6am. A friend called me soon after and said there had been an explosion near the church. I turned on the TV immediately and saw the soldiers, the army. It's shocking”.

Another man in his 20s also told The Local: “We have been standing here since the first explosions. Everyone is shocked. It was so loud, so intense. We eat here. We go dancing here. Everyone is afraid.”

After dawn broke, local authorities ordered all schools to be closed for the day and public transport suspended, including the Saint-Denis stop on the underground Metro rail system.

A man arrested during the assault told AFP he had lent his apartment, the one targeted by the raid, to two people from Belgium as a favour to a friend.

“A friend asked me to put up two of his friends for a few days,” he said.

Mood is tense among gathered crowds still. “This is where we live, where we eat, where we go dancing.” pic.twitter.com/qweh4X95GL

Police were out to catch the alleged mastermind of the Paris attacks that killed 129 people and left more than 350 injured.

“I said that there was no mattress, they told me 'it's not a problem', they just wanted water and to pray,” the man said on condition of anonymity before being handcuffed and led away by police.

He said his friend told him the men came from Belgium, where according to investigators several of the jihadists were known to have lived.

“I was asked to do a favour, I did a favour. I didn't know they were terrorists.”

A female friend of the man, who was also taken into custody by police, told AFP she had slept in the apartment last week and the dwelling was “a kind of squat.”

The two visitors arrived “two days ago,” she said.

Dozens of high powered cameras zooming down the main street. 12 elite police have been grouped outside a door. pic.twitter.com/mT318Qd07A

Seven people were detained during the raid, which left two suspected jihadists dead, including a female suicide bomber.

The operation was part of a manhunt for those involved in the worst-ever terror attack on French soil.

Islamic State jihadists claimed to be behind the coordinated attack Friday on the Stade de France, a rock concert, bars and restaurants.

The French national stadium where three suicide bombers blew themselves up, killing one person, is close to the apartment that was under siege by police.

“Are we safe here? Frankly, are we safe?” said a 33-year-old who lives nearby and came down in the dark to see what was going on as police sharpshooters went by.

“No let's get out of here,” said another man. 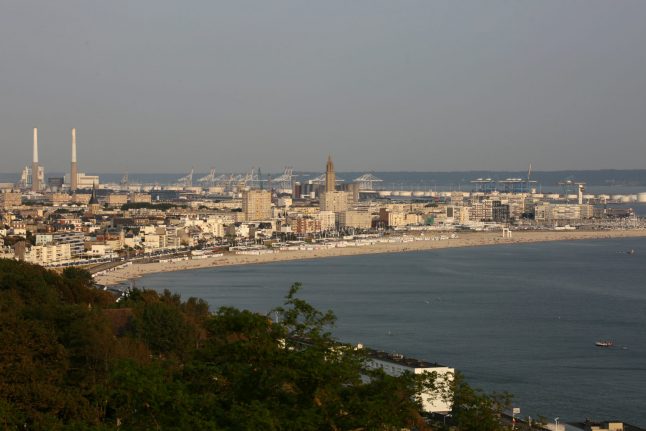 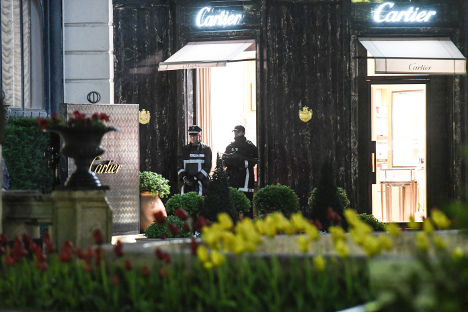