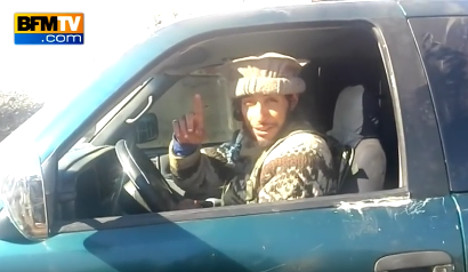 The suspected mastermind of the Paris attacks, Abdelhamid Abaaoud, was not among a number of people arrested in a huge police raid on Wednesday, the city's prosecutor said.

Neither was Salal Abdeslam, who is believed to have been behind the Paris terrace shootings on Friday, that were part of the deadly attacks that left 129 dead.

At least two bodies were found in the apartment in Saint-Denis, north of Paris, after a shootout with police, but they have not yet been identified, prosecutor Francois Molins told a press conference.

He said intelligence had led investigators to believe Abaaoud, a leading Islamic State extremist, could have been in the apartment. In a ferocious shootout, a woman detonated her suicide vest and a body was found riddled with bullets and was “not in a state that allows it to be identified”, Molins said.

Therefore, he said: “I am not able to give you a precise number and identity of those killed. There are at least two dead and verifications will likely take longer than expected” due to the state of the apartment building.

Police rained more than 5,000 rounds of ammunition on the building after terrified residents living in the area near the Stade de France stadium were evacuated.

A series of explosions rang out as the police closed in on the dwelling and one suspect was seen being dragged away, his bare buttocks exposed.

“A new team of terrorists was neutralised and all indications are that given their arms, their organisational structure and their determination, the commando could have struck,” Molins said. Eight people were arrested in Wednesday's raids in Saint-Denis, including two found in the rubble of the building.

Salah Abdeslam, 26, suspected of taking part in the attacks in Paris with his suicide-bomber brother Brahim, was also not among those held, the prosecutor said.

Abaaoud is a 28-year-old Islamic State fighter who was previously thought to be in Syria after fleeing raids in his native Belgium earlier this year.

He is believed to have planned a number of attacks and is thought to have masterminded the gun and bomb assaults on bars and restaurants, outside the Stade de France and at the Bataclan concert hall that left 129 dead on Friday.