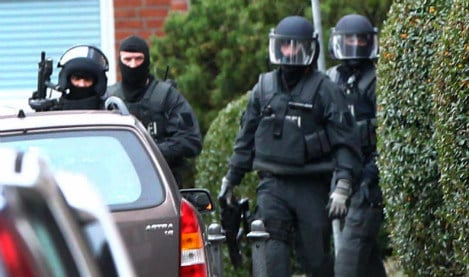 Aachen law enforcement will apologize “shortly” and in “an appropriate” manner to the seven people they falsely arrested, a spokesperson announced on Wednesday.

As well as written apologies, officers will also explain in person why they took the measures they did, reports Tagesspiegel.

According to police, one of the men “looked very similar” to Salah Abdelsalam, a 26-year-old fugitive suspected of involvement in Friday's Isis terror attacks in Paris.

After their release on Tuesday, a spokesman for police in Aachen – a region in North Rhine-Westphalia near the borders with the Netherlands and Belgium – said the people were unconnected to the terrorist attacks in Paris.

'Good relationship' between police and Muslims

Idris Malik from the Islamic Centre in Aachen, speaking to The Local after the suspects were released, sought to allay fears that local police could have acted too hastily against the Muslim community.
“We have a good relationship to the police and stay in close contact with them. When they have indications of trouble they let us now so that we can take better care,” he said
“Up until now I have heard no complaints from within the Muslim community against the police in Aachen.”
Malik said his major concern was that the perpetrators of the Paris attacks were caught as swiftly as possible.
“It is totally understandable that here on the border people are in a state of shock and that the police must take information seriously,” he said.
The arrests could have happened through a white person innocently finding it difficult to differentiate between Middle Eastern faces, he suggested.

No 'close relationship' to Paris

Suspense was high throughout the day, as it seemed that police might be closing in on a key Isis suspect. But law enforcement were also cautioning that the whole thing could come to nothing.

When Interior Minister Thomas de Maizière stepped in front of the press at 6pm, his stumbling introductory statement seemed to give away that police had not found their man.

The minister admitted that the arrests did not have a “close connection” to Friday's terrorist attacks in Paris, justifying the move by saying that “one of the perpetrators is still on the run. The risk is still there that he's on the run in a neighbouring country.”

“Today's security measures in North Rhine-Westphalia were in connection with this,” he added.

But he confirmed that the person being searched for was not found during the raids in the Aachen region.

De Maizière also said that the threat level in Germany is “high” and that the interior ministry is receiving a lot of information about threats against the Bundesrepublik.

“All of these are being taken seriously and investigated,” he said.

Shortly after de Maizière's statement the two women and five men were released.

Police made the first arrests Aachen on Tuesday morning at a job centre in Alsdorf, a town outside the city of Aachen..

The series of arrests on Tuesday morning in the town of Alsdorf in the region of Aachen. Two women and one man were stopped by police in their car while leaving the car park of a job centre they had reportedly been visiting.

An eyewitness reported to DPA that special forces officers wearing masks and carrying submachine guns were seen blocking off a street in Alsdorf where the first three arrested were reportedly living.

Police said the trio were foreign and Der Spiegel reported that an employee of a discount store had tipped the off, saying she recognized suspect Abdesalam as being in the group.

Police decided to proceed with the investigation even though Abdesalam was not found among them because they wanted to make sure the suspected terrorist did not get away, Spiegel reported. In the afternoon they confirmed four more people had been arrested.