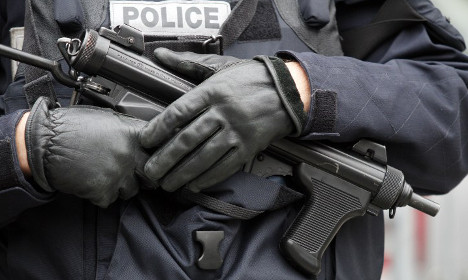 Of all the horrible attacks in Paris last Friday, the one launched at the Bataclan concert hall was the most brutal, leading to the deaths of 89 people.

Concert goers had gone to the hugely popular music venue to see a gig by the Eagles of Death Metal but events took a terrible turn at around 9.45pm when terrorists described by eyewitnesses as “extremely well organized” stormed into the club.

Shots were fired with many in the crowd believing initially the noise was part of the show.

But it soon became clear the terrorists were intent on a massacre and as the murders began, people fled via the emergency door at the rear of the venue, climbed onto the roof of the venue, or even clung desperately to window ledges in a bid to survive.

Meanwhile, inside the building people hid where they could, including in the toilets.

Around half an hour after the attack began, the first squad of the elite police force used in anti-terror activities forced their way into the Bataclan.

“When we arrived it was all dark,” one of the agents involved told French television station TF1.

“There were dozens of bodies tangled up all over the floor – dead people, the wounded and survivors who were pretending to be dead, fearing we were also terrorists,” said the policeman whose name was not given.

“We told them that we were police, and people everywhere were asking us for help. People were whispering because they were scared the shooting would begin again.

“Our priority was to secure the location. We moved forward. Carefully. Because of all the bodies. We didn’t know if the terrorists were still there, and if they were present, where they might be”.

The agents secured the ground floor of the building and when backup arrived groups of officers combed the building.

“We checked all the rooms, all the corners, one by one. We made the hostages leave. They moved like zombies. They were in a state of shock, it was hard from them to move out,” the officer explained.

At 11.15pm, or an hour and a half after the attacks began, the anti-terrorism squads heard a voice from behind a closed door. It was one of the hostages acting as a spokesperson for the terrorists.

“He yelled out to us that the terrorists were there (with the hostages) and that if the door was opened they would blow everything up.

“But for us, leaving wasn’t an option,” the elite officer told TF1.

A tense period of negotiation followed.

“They didn’t want to free the hostages. They said: ‘Leave or we will decapitate the people we have with us.’ They spoke of Syria, saying they were responding because we had attacked them. They really wanted to speak to the media as well – something we won’t allow.”

Finally, at 12.20am, with medical teams in place, police stormed the room where the terrorists were holding the hostages.

“As soon as the door was open, the terrorists opened fire. It was very violent, very brutal. The shield took 30 Kalashnikov bullets. The hostages screamed, laying on the ground or pushing themselves against the walls,” the officer said of the scene.

It took agents only a few moments to clear hostages from the room. They then lobbed a grenade at the terrorists. One was hit, and fell to the ground. An explosion followed, and the terrorists were pulverized.

Amazingly, no hostages were injured during the assault which lasted just three minutes, although one officer was injured by a ricocheting bullet.

Agents spent the next hour clearing out other hostages from the building finding them in locations ranging from cupboards to air ducts.

Speaking several days after the horrific attack, the officer involved told TFI he “was a little tired”.

“But the equipment is ready again, our weapons are reloaded and we are ready to deploy as necessary.”