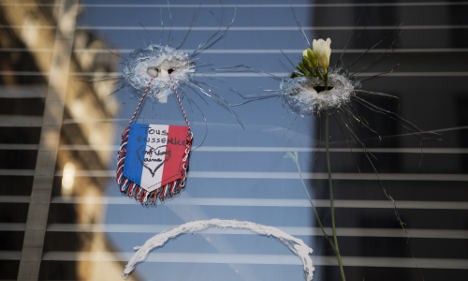 Unconfirmed reports in the French media on Tuesday night claimed a second suspect was on the run along with Salah Abdelslam.

Abdelslam and his brother Brahim, who later blew himself up in the Brasserie Comptoir Voltaire, are believed to have been behind the shootings at the Le Carillon bar and Le Petit Cambodge restaurant, as well as the restaurants Le Bonne Biere, Le Casa Nostra and le Belle Equipe. Those shootings left dozens dead.

But according to unconfirmed reports police now believe a third man, possibly acting as the driver of the black Seat car used in the attacks, was involved and on the run.

Both Le Parisien and news agency AP were reporting the development, which is apparently based on reliable witness statements.

Police and the prosecutor in charge of the case have not confirmed or denied the media reports.

However a judicial source told L'Express news site that it remains a possibility especially given the number of guns found in the black Seat car, which was discovered in Montreuil on Sunday.

When police searched the car they found a number of Kalashnikovs and other weapons.

Up to now investigators have been saying seven jihadists took part in the attacks, all of whom blew themselves up – three at or near the Stade de France, one in the Comptoir Voltaire and three others in the Bataclan.

Salah Abdelslam, who has been dubbed the “eighth attacker” is described by police as dangerous. He has so far evaded a European wide manhunt.