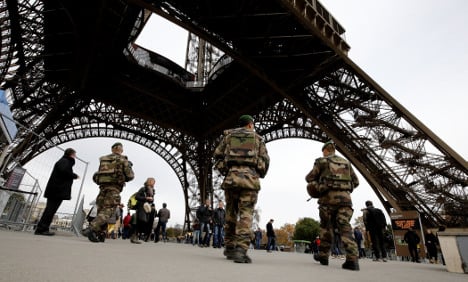 The gates remained closed at the Iron Lady on Tuesday after staff held a crisis meeting to discuss security at  the monument.

The Eiffel Tower had only just reopened on Monday three days after terrorists killed 129 people in a series of attacks.

The monument is guarded by soldiers, whose numbers were reinforced in the light of the Charlie Hebdo attacks.

But it appears staff at the monument have concerns about security and have decided to walk-out in order to hold a meeting to discuss their concerns.

A spokeswoman for SETE, the company that runs the tower, told The Local that the staff wanted to discuss security concerns despite the heavy presence of soldiers and security guards at the tower.

“The management of SETE, along with Paris City Hall and the Paris police will do everything we can to limit the time the monument is closed.”