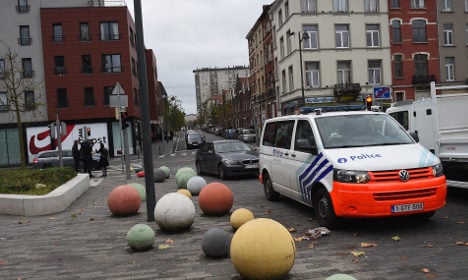 Belgium has a serious issue with Molenbeek.
The country's police are currently carrying out a major raid in the Brussels district as they hunt for Saleh Abdeslam, named earlier by French police as a key suspect in the Paris attacks.
Speaking about the area’s clear links with terrorism on Sunday Belgium’s Prime Minister Charles Michel called it a “gigantic problem”.
With unemployment in the area just two kilometres from the European quarter of Brussels at 30 percent, the district is, according to experts, a hotspot of Islamic radicalism in country with a strong tradition of such activity.
Before the Paris attacks on Friday, Molenbeek – home to around 100,000 people, not all of them poor by any means – has been linked to the foiled August attack on a French train with attacker Ayoub El Khazzani having reportedly lived in the area for 12 months.
Mehdi Nemmouche, a French national with an Algerian background who murdered three people in 2014 at the Jewish Museum in Brussels also stayed in the area as did one of the men behind the 2004 train bombings in Madrid. Photo: AFP
“We have here in Brussels as big a concentration of radical Islamists as you have in London,” said Bilal Benyaich, from the Free University of Brussels told the UK’s Telegraph newspaper.
And earlier this year the Guardian newspaper quoted Gilles de Kerchove – the European Union’s counter-terrorism coordinator – as saying Belgium had produced around 300 foreign fighters for the war in Syria, more than any other EU country per head.
Many of those fighters are said to have come from families that have been in Belgium for generations. Isis has capitalized on the poor prospects of the district’s youth, offering them purpose.
Around 100 of those fighters had returned by early in 2015, Hans Bonte, the mayor of the Brussels suburb of Vilvoorde told  De Standaard earlier in 2015.
He said around half of those people were not even being watched by security services, a fact he put down to the country’s decentralized nature.
That decentralization is partly a result of much of Belgium's administrative infrastructure being divided across French and Flemish language lines, and commentators say central authority weakened as a result.
But interior minister Charles Michel pointed to the Belgian capital’s incredibly complicated policing arrangements as a cause, noting Brussels had six police departments for just 1.2 million people compared to a figure of one in New York for 11 million people.
Up to 450,000 Muslims live in Belgium, around 4 percent of the population according to the Euro-Islam website. This number doubled between 2003 and 2007, according to estimates.