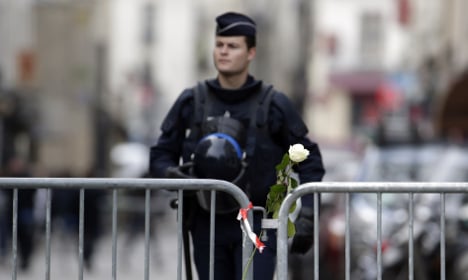 What does the state of emergency mean for you? Photo:AFP

The state of emergency, which was introduced on the day after the attacks on Friday, will last for three more months and will affect everything from schools and universities to public gatherings and transport.

Here is a run down of what it means for you, followed by some facts.

– Who decides ? –
The law providing for a state of emergency was adopted in 1955 at the start of the war between France and Algeria, during which it was used several times.
Under the law France's Council of Ministers decides on imposing the state of emergency by decree for a maximum of 12 days.
From  midnight on Saturday, three hours after the deadly Paris attacks, a special government meeting approved the decree. – The measures –
The interior minister can order house arrest for persons “whose activities are dangerous for security and public order”. Some 104 people have been placed under house arrest since Saturday, according to the minister, Bernard Cazeneuve.
He can also order searches at homes, at day and night, without going through the judiciary. Some 168 searches, which led to 23 arrests and the confiscation of 31 weapons, have taken place.
The minister, or police chiefs, can also order the closure of theatres and concert halls and meeting places and demand that owners of weapons hand them over.
Police chiefs can also prohibit the free movement of people and vehicles in certain places, at certain times, or establish protection and security zones.
The government has not ordered measures to control the press, which are in theory provided for in the 1955 law.
– Where does it apply ?-
The state of emergency applies to all of French territory, according to the latest version of the decree which was issued on Sunday.

– Previous states of emergency –
A state of emergency was imposed several times during the war with Algeria, the law of 1955 having been voted through at the beginning of the conflict.
Since then, before Friday's attacks in Paris, the state of emergency has been used only twice.
It was first implemented in 1985, in the overseas territory of New Caledonia, when clashes erupted in the archipelago.
Then in 2005 it was used by the government of Dominique de Villepin when rioting erupted in suburbs across France.
However in 2005 the measures allowed by the state of emergency were not widely applied, with just seven police chiefs imposing night-time curfews and 23 French departments banning the sale of portable petrol and inflammable materials containers.