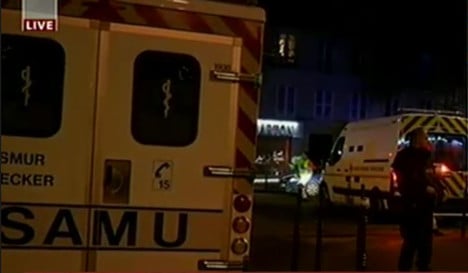 Witnesses uploaded videos and pictures from the night, showing grief, sadness and shock.

Bodies littered in the streets of central #Paris like in a war zone. Police now say 20 dead but death toll rising. pic.twitter.com/Acn7yRud4n

Images of bodies on stretches and in the street showed the scale of the violence.

Explosions were reported near the Stade de France , where France and Germany were playing. Sounds from the blast could be heard during TV broadcasts of the game.

Fans were let onto the pitch when the game ended as the number of reported fatalities outside started to grow.

French armed forces were called in to help.

Concert venue Bataclan where a rock concert took place was also a target of attacks, with 60 people reportedly taken hostage.

An outpouring of support for the victims could be seen on social media with many tweeting “Pray for Paris”.