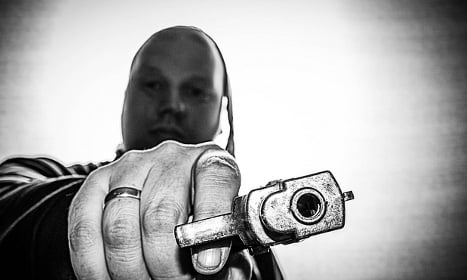 “It was like Baghdad," one witness said of the chaotic scenes. File photo: Dennis Skley/Flickr

The group were acting out a robbery of a grocery store in Pontault-Combault, south east of Paris, when police showed up, apparently believing the attack on the shop was the real deal, local newspaper La Marne reports.

Up until that point, the filming had played out smoothly, a witness told Le Parisien newspaper. “They were noisy, but they weren’t bothering anyone. Some had dogs with them.”

But the onlooker said the atmosphere grew tense when police officers arrived. Allegedly seeing a chance to improve their video, the rappers and their entourage ,around 60 people in total, began throwing stones at police.

Police responded by firing off flash-balls (non-lethal hand-held weapons) and mortar fire. Mortar fire was also heard, according to some reports

Some 15 people were questionned over the incident but just one man, aged 24, was detained for breaking parole.

“It was like Baghdad,” said the witness who spoke to Le Parisien.