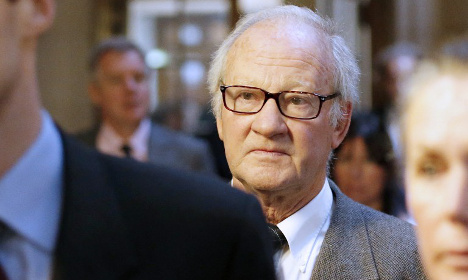 Pierre Pallardy, known as France's “osteopath to the stars” has consistently denied the accusations, arguing that the plaintiffs had misinterpreted his “powerful” therapeutic methods, which he claimed could bring repressed memories of sexual violence to the surface.

Pallardy was initially sentenced to 10 years in 2013 for committing the crimes against 12 patients.

In delivering its final ruling on appeal, the court confirmed that Pallardy was guilty of raping four patients and sexually assaulting three others, but he was acquitted of similar charges brought by the remaining five plaintiffs.

The 74-year-old accused showed no emotion as the verdict was read out in court in the Paris suburb of Bobigny.

Prosecutors had sought a harsher 12-year sentence, arguing that the alternative medicine practitioner had used his position of authority to abuse women who were in a fragile state.

After an initial complaint against him in 2004 that did not lead to a criminal case, Pallardy was arrested in 2006.

He has treated many of France's best-known figures using osteopathy, a practice involving the manipulation of muscles and bones to promote health.

A regular on French television in the 1980s and 1990s and the author of several bestsellers on health and wellbeing, Pallardy and his wife Florence were once hailed by the French media as the country's “First Couple of Health”.

His wife told the court the charges were baseless as her husband had been impotent since 2003 due to a prostate problem.