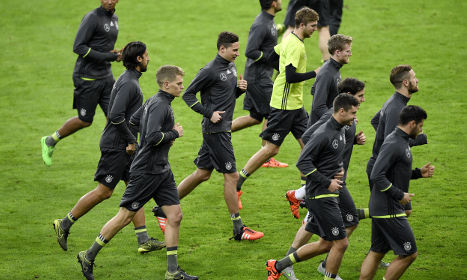 The bomb threat was made against the Hotel Molitor in the French capital's 16th Arrondisement, Bierhoff told German newspaper, the Kölner Express.

“There was a bomb threat, the hotel was totally blocked off and evacuated,” he said.

The threat was called in to the hotel at 9am, the newspaper reports, leading to an immediate and wide-scale police operation.

The team have since been taken to a different location.

A spokesperson for the hotel confirmed to The Local that the bomb threat had been received and that hotel management had evacuated staff and guests from the hotel in line with safety procedures.

The hotel remained closed at 12.45pm, the spokesperson said. A safety cordon had been established by police and officers were currently working at the scene.

On Friday evening the German national team are playing against France in a friendly as part of the build up to the European Championships 2016 which are being held in France.