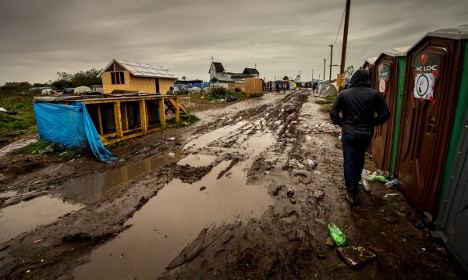 Bulldozers started flattening a sprawling area of four hectares (nearly 10 acres) within the camp, according to AFP journalists at the scene where 125 containers will provide more permanent, heated shelters for families, creating accommodation for 1,500 people in total.

Around 500 people were moved to a temporary zone with 10-man tents provided by French authorities for the first phase of the construction.

“These people will live in better conditions and will be priorities to move on to the more permanent camp,” said Stephane Duval, from a local NGO overseeing the project.

The €18-million ($19-million) camp in the heart of the “Jungle” will include heated containers that can house 12 people each, and will have 50 staff to oversee daily operations.

The project, announced by Prime Minister Manuel Valls in August, will be paid for by France and the European Union and comes after mounting concern from aid groups over worsening health conditions in the “Jungle”, particularly as winter sets in.

“We are a little behind schedule,” said Duval, blaming delays in setting up the temporary zone. He said the containers would probably be ready for habitation within the first half of January.

The prefect of the Pas-de-Calais region, Fabienne Buccio, told AFP that she expected a further 400 places to be ready by the end of the year for women and children at a local day centre.

However, local authorities estimate there are 4,500 people currently living in makeshift camps around Calais.

Buccio said health services were “overwhelmed” at the day centre where a tiny staff of one doctor, one physiotherapist, one psychologist and two nurses were carrying out 80 to 90 consultations per day.

Almost all the migrants, most from the Middle East and Africa, are trying to reach Britain, but tighter security has frustrated attempts to smuggle their way across the Channel.

Mounting frustration has led to clashes with police in recent days, and increasing reports of violence and theft around The Jungle.

France is trying to reduce pressure on Calais by busing migrants to other parts of the country.

Over a thousand have already volunteered for relocation, with two more buses leaving on Thursday for shelters in the regions of Brittany and Haute-Saone.