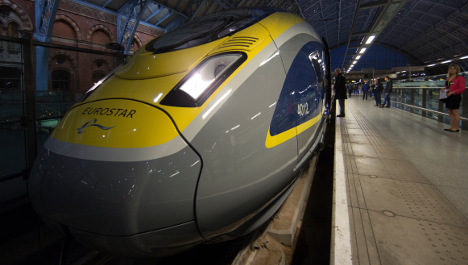 Eurostar traffic between London and Paris was disrupted Wednesday night after a train hit a wild boar in northern France,
the company said.

Train ES9050, which left London at 1900 GMT, was stopped for several hours following the collision shortly after crossing into France.

Train #ES9050 (19:01 London to Paris) has collided with a boar on the line in France. All trains are held. More information to follow.

Eurostar said in a post on Twitter the passengers had been transferred onto another train to Paris at around 4:00 am local time (0300 GMT) on Thursday after it reached the northeastern French city of Lille.

It was supposed to arrive at 22:17 but in the end pulled into Paris at 06.30 on Thursday morning.

Passengers from the #ES9050 are now on board the empty train which is leaving Lille, estimated arrival in Paris 06:30am

The passengers from the #ES9050 have arrived safely in Paris. We wish you a safe journey home and offer our sincere apologies.

Several passengers took to social media to express their exasperation, with one user ironically tweeting: “We can take the Metro and RER to Paris and get there almost in time to get to work!”

By 7am on Thursday Eurostar said services had returned to normal and would be running on schedule.