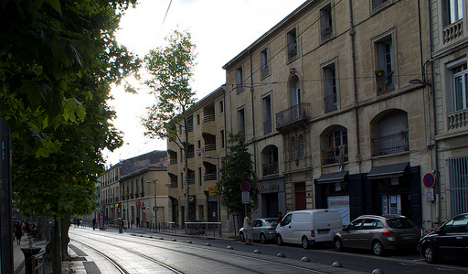 The gruesome discovery was made after neighbours alerted police to the strong smell coming from the man's apartment.

The man's body was found in an advanced state of decomposition, and his leg had apparently been partially eaten by his dog, Lana, who was found at his side, Midi Libre reported.

“It had been about a week and a half that it smelled bad,” a neighbour, Clément, told the newspaper. “I told myself, 'It's not possible… Is he dead?' And then I told myself 'it must be the dog'.”

Despite the tragic incident, the residents insist the neighbourhood is generally a nice place to live.

“It's a peaceful area, everyone knows each other,” said one local resident.

The man had been dead for at least two weeks and an autopsy on Thursday will determine the cause of his death. Police have already ruled out foul play and have said they found “nothing suspicious” in the death.

Midi Libre reported that it was the man's father who first contacted emergency services. He described his son as “someone kind, adorable. He was always with his dog Lana, he only lived with her.”

A female neighbour, Jocelyn, who used to go walking with the deceased man and each of their dogs, also remembered him fondly but described their neighbours as “selfish”.