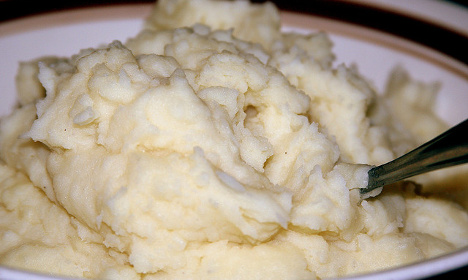 The humble potato may be a good source of carbohydrates and vitamins, but few would turn to the vegetable in search of a high.

However, a man stopped by police on suspicion of taking narcotics in Brest, western France, turned out to be sniffing nothing other than mashed potato powder.

The attention of the police was aroused when they spotted two men, one of whom was holding his phone horizontally and appearing to sniff something. They were able to make out a white line on the surface of the phone, and suspected that the man was taking cocaine.

They stopped the two men, aged 21 and 26, close to Brest’s concert hall La Carène. According to Le Telegramme, the men, who had been drinking, confessed everything.

Their story confirmed the police’s suspicions; one of the men had just bought some LSD from the other, who had offered him a line of cocaine as a ‘bonus’.

But the inquiries took a turn for the bizarre when the powder was formally examined. In a stroke of luck for the accused, he was let off when the powdery substance proved not to be cocaine, but mashed potato starch.

His friend, on the other hand, was not so fortunate, and was taken in for questioning over possession of LSD. Although there are suggestions the friend may have just bought postage stamps.