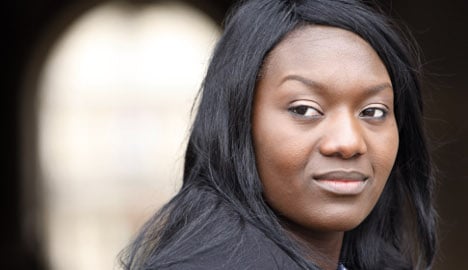 The 32-year-old man was remanded in custody on Tuesday for plotting an attack against Socialist MP Seybah Dagoma, reports in France said this week.

Sources told French media that he told investigators that he wanted to serve Islam by attacking the Socialist MP for Paris.

What he planned to do to the lawmaker is not known.

The alleged plot comes as France remains on high alert for terror attacks following January's shootings in Paris and several attempted terror strikes since then.

For her part the MP Dagoma, aged 37, says she has no connection to the individual, but said she had arranged an appointment with him in the coming days. The man had contacted her claiming he wanted to discuss a TV programme he was working on.

It was during this meeting that the attack on the MP elected in 2012, could have occurred, the sources close to the investigation told French media.

Dagoma was born in Nantes and is of Chadian origin. She is described as discreet and has done nothing that would make a target of Islamist radicals.

It is believed the man, who has been in and out of prison for drug offences, was not known to intelligence services.

He was last released from prison in February 2015 after spending a spell behind bars for drug trafficking. It is during this period that he is believed to have become radicalized after falling under the influence of extremists.

But according to reports it was the suspect himself who alerted French authorities to his plan after contacting the anti-jihad hotline set up by the ministry of interior.

He was then picked up by France's specialist anti-terror police, who found extremist literature in a search of his apartment

The man, from the Hautes-de-Seine département  to the west of Paris, has been charged with terror offences.