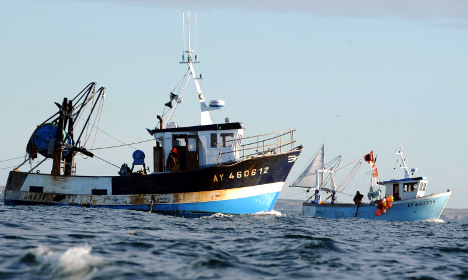 A young French fisherman accused of helping migrants cross the Channel to Britain was arrested with five others near the port town of Dunkirk, a judicial source said on Wednesday.

The man, who is thought to be around 20, was detained on Monday along with two Vietnamese citizens and three Albanians, a judicial source in the northern city of Lille said.

The six people are currently being held in detention and could be charged by Friday, the source said.

The fisherman had been smuggling migrants to Britain “for several months” on an inflatable boat that could carry more than a dozen people.

The boat would leave from a quiet beach near Dunkirk at night, and landed on the British shore after a perilous 90-kilometre journey.

A “large sum of money” was seized at the time of the arrest, the source said.

Interior Minister Bernard Cazeneuve confirmed the arrest on Europe 1 radio but said it was too early to discuss the details.

“We have dismantled a very large number of networks since the start of the year,” he said.

Although the figures pale in comparison to the numbers arriving in Germany and elsewhere, thousands of migrants have come through France this year, mostly from the Middle East and east Africa in the hope of reaching Britain.

Earlier this year The Local reported how traffickers were targeting hard-up French people in northern France in the hope of persuading them to take migrants across the Channel in their own vehicles, in exchange for cash.

French authorities revealed that unemployed people in parts of northern France are being tempted into illegally ferrying migrants across the channel in their cars for as much as €2,000 per person. French lawyer Emmanuelle Osmont, based in the port town of Boulogne sur Mer, told The Local that the traffickers preyed on locals in need of money.

“In the past the traffickers, who are often from Asia or Albania, recruited people around them to do these journeys, but the risks became too great. Then they turned to the truck drivers, but now it's local French people who are suffering from financial difficulties,” Osmont said.

She said the traffickers, who are earning “millions each year”, are specifically targeting those French people living in poorer areas and trying to persuade them they are doing a good deed.

“We have even had two or three students up before the courts and they are targeting local business people who may be struggling to pay their bills or their taxes, because of the ongoing economic crisis” she said. “The mafia is benefiting from that.”