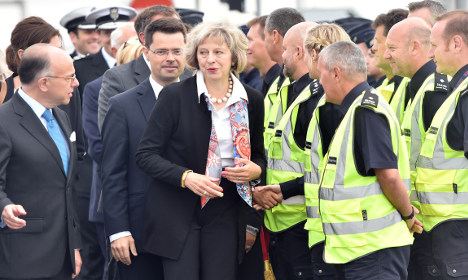 Bernard Cazeneuve and his British counterpart Theresa May signed an agreement at a meeting in London on Monday night to increase cross-border cooperation in law enforcement.

The interior minister said it was important to tackle smuggling networks on both sides of the English Channel that divides Britain from France, as those involved were “often the same”.

Cazeneuve said that more British officers would be stationed in Calais, where some 6,000 migrants live in ramshackle encampments as they try to cross to England, adding to existing British security reinforcements around the nearby port.

“Since October 25th, British authorities have indicated to us that not one more migrant should cross into England,” Cazeneuve.

Since the start of the year 26 networks have been dismantled in Calais, according to Cazeneuve. This compares to 14 broken up over 2014.

Meanwhile, on Monday local authorities in Pas-de-Calais announced that 300 people had given up their quest to reach Britain and were voluntarily leaving the so-called “Jungle” encampment.