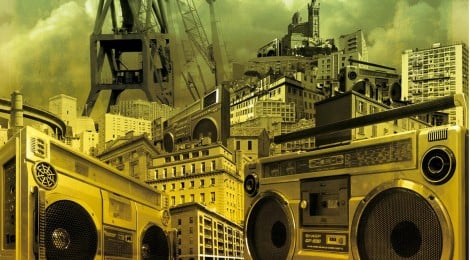 If you’re a fan of the selfie stick then why not take a trip down to la Porte de Versailles for the chance to appreciate the creative works of modern day photographers. The Friendship in Silver Print exhibit and The Photographers’ Corner are two things that are not to be missed at Le Salon de la Photo exhibition. Forget Cadbury’s chocolate as Lyon, the widely known capital of gastronomy, has some tasty treats for you to get your teeth stuck into. The fifth edition of the chocolate fair, held at the Cité Internationale, is offering culinary demonstrations, cooking workshops and of course the famous parade of chocolate dresses that will be taking centre stage. Think of this as Paris Fashion Week meets Charlie and the Chocolate Factory. The 30th edition of the festival will be commending the creativity and dynamism of young filmmakers in Europe. Known as the second best short film festival in France, Brest unites professionals and filmgoers so they can come together and find out more about the imaginative and artistic processes involved in the making of a film. The 19th edition of Explorimages, the International Festival of Nature and Adventure photography, held at the Parc Phoenix, will be revealing the hidden treasures of our planet through photography. The idea behind this is not only to make you dream about travelling the world, but also to make you reflect on the importance of climate change. As the world’s best wine party (as thought by many beaujoholics) is fast approaching, will you be ready to uncork the fruity bottle of Beaujolais at the stroke of midnight? The festivities will be marked by fireworks, music and various parties to celebrate the region’s first wine of the season.

Bordeaux is without doubt a city of wealth, culture and delicious grub. So it comes as no surprise that the city boasts greatly about the fact their cuisine is ‘so good’. During the festival take the time to watch culinary demonstrations by chefs, leave with their valuable cooking techniques and get those tastebuds working as you indulge in local produce.

It’s time to say step aside to the film industry as The Cannes Dance Festival celebrates its 20th edition. The festival is no stranger to the current dance world and since 1993 it has succeeded in capturing the attention of contemporary dance lovers across the globe. Prepare to feel the hairs on the back of your neck stand up with awe whilst watching these mesmerizing performances.

The leading contemporary art fair will host 100 galleries that reflect the works of leading artists in the field. From photography to sculptures and paintings, S-TART is a unique artistic space that allows 26,000 visitors to enjoy the great talents of the contemporary art world. At the foot of la Porte de Versailles, this will be a great opportunity for wine lovers to personally meet local sellers and to discover new wines as well as the history behind them. Just in case Paris is unreachable for you, the event is also taking place in Lyon; October 29th to November 2nd, Reims; November 6th to 9th and Lille; November 20th to 23rd. Get ready to feel jazzy as this year celebrates the ninth edition of the Jazz Festival in Marseille, welcoming 200 gifted artists in total. The festival, offering 56 live concerts, stretches from Marseille to 34 other locations such as Aix-en-Provence and Forcalquier. So if you live in the South East region of France you have no excuse!