Could scenes like this become something of the past? Photo: cobalt123/Flickr

No matter where you go in the world, there's an expression for the unfortunate moment when a tradesman or woman bends down and reveals the top end of their backside.
In French, it's called the plumber's smile (sourire de plombier) or even the “mason's line” (raie du maçon).
And Adrien Herve-Pellissier – a 24-year-old man from Rennes in western France – thinks he has cracked it.
“I'd seen a particularly bad example on the street in Rennes, and my friend who works in construction says he sees it all the time,” the Frenchman told The Local.
Within nine months, Herve-Pellissier came up with the prototype for a product he named the “sourire de plombier” – a boxer short that keeps the builder's dignity intact. (The underwear has a six-centimetre elastic band. Photo: Sourire de Plombier)
The product is simple, he explained.
“The underwear has a large elastic band on it, you see, so when you squat down we don't have to see your arse.”
The 24-year-old says the phone hasn't stopped ringing since his invention hit the news, and he is already looking into the possibility of shifting the business from the online world into shops. He is even working on an alternative for women.
“A lot of people laugh when they hear about the underwear, but in a positive way. I get a lot of encouragement from all kinds of people: men, women, young and old,” he said. (A closer look at the underwear. Photo: Sourire de Plombier)
The Frenchman thinks the story has been so popular due to an otherwise dire news climate.
“When you look at the news in France it's all bad. Terrorists, war, things like that. When people see articles about people like me saying 'I don't want to see your arse', then they think it's funny.
“I'm not changing the world… maybe just a bit. It's not like I've found a cure for Aids – just for the builder's crack.”
The French have been known to get inventive with underwear before, most notably with the “Slip Francais” – a sweet-smelling underwear for men that aroused the public's curiosity in 2013.
And who can forget Christian Poincheval, who invented a pill that makes bodily gases smell like roses and chocolate. He even released ginger-scented pills for Valentine's Day this year. 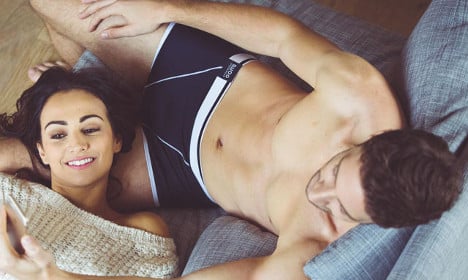 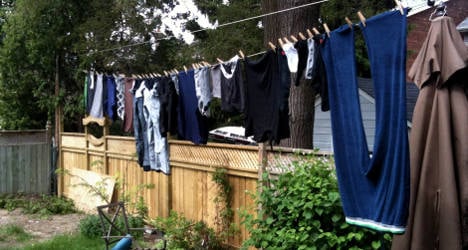