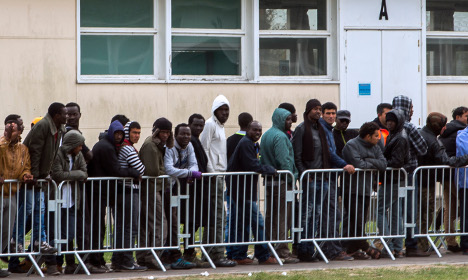 The French government has been under pressure to do more to improve the conditions for migrants living in the slum known as the “New Jungle” near Calais.

The new measures brought in are aimed to make sure the refugees have some kind of access to health care.

Currently the 6,000 migrants now amassed in Calais have to rely on charities like Medecins du Monde (Doctors of the World) working in the field to provide minimal health services like check-ups.

But those charities say they are at breaking point and the conditions for the refugees, many of whom are injured after failed attempts to make it to Britain, are deplorable.

The French government has decided to send an extra doctor, a physiotherapist and a psychologist to strengthen the teams working at the Jules Ferry refugee day care centre in Calais, which will be a first aid centre.

Vaccines and condoms will be distributed to refugees in order help prevent the spread of illnesses and disease.

The aim is to be able to offer check-ups at the Jules Ferry centre five days a week and offer rest beds for those in need.

The French government claims the extra help shows its commitment to “offer migrants in Calais the care they need”.

“They need to provide primary medical care, but they also need to make sure they are providing food, water and shelter.”

Vincent de Coninck from the charity Secours Catholiques told The Local on Thursday: “The government’s response to the crisis is totally miscalculated, considering there are now 6,000 refugees here,”

“We welcome the efforts but it’s insufficient,” he added.

Two aid groups have taken the French government to court in an effort to force them to provide with basic needs like water.

They say the fundamental rights of those living in the squalid camp are being violated.

Their complaint mentions the risk of flooding, fires and even explosions given the camp is next to several chemical plants.

It also refers to sexual abuse in the camp, with women and children being coerced into prostitution. Other problems cited included outbreaks of scabies and “severe malnutrition” and the “inhumane and degrading conditions” of the refugees.

Their aim is to see the camp dismantled and all its occupants given permanent accommodation around France.

Cazeneuve said no migrant had been able to illegally reach the UK from Calais since Sunday night.

“We are mobilizing our forces to send smugglers a clear message. You can no longer cross from Calais,” he told The French parliament.