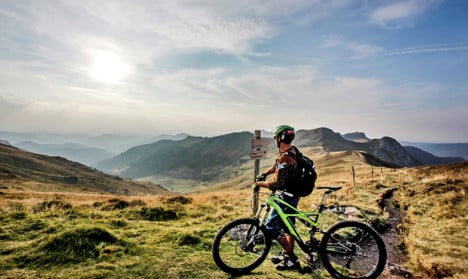 The region was praised for for offering “life-changing experiences”

The Auvergne, which comprises the four départments of Allier, Puy de Dome, Cantal and Haute Loire, was celebrated for offering “life-changing experiences” in the guide from the top travel publisher.

Situated in central France, the Auvergne is one of Europe’s most underpopulated regions and is best known for its volcanic landscape and mountain ranges. It also boasts several spa towns such as Vichy, historic churches and castles, and variety of outdoor activities on offer from hiking to snow sports. Lonely Planet said the region “has long been overlooked for being too peaceably rural” and praised the local cuisine and cutting-edge art scene in its review. It noted that despite recent growth in its tourist industry the area had held onto its “small-town charisma”.

The “Best in Travel” rankings have been published annually by Lonely Planet for the past eleven years, and include three lists to promote the Top 10 countries, cities and regions to visit in the coming year. A panel of experts including authors, bloggers and editors review various criteria such as tourist attractions and upcoming cultural events in order to decide on the final lists. Romanian Transylvania bagged the top spot on the list, and regions as diverse as Costa Verde in Brazil and Italy’s Friuli wine regions received a mention.