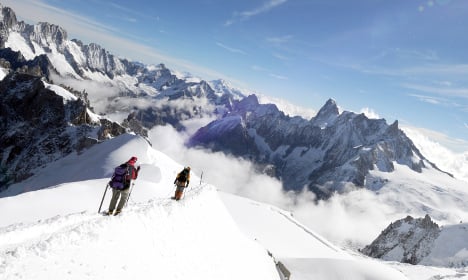 The American climber, aged 61, had just scaled the Ginat along with his 15-year-old son but tragedy struck on their descent down the south face of the Droites.

According to reports in local newspaper Le Dauphiné, the man, who has not been identified, fell when his rappel system gave way.

It is believed the 15-year-old son was able to raise the alarm but due to bad weather mountain rescue police were unable to send out a helicopter.

The teenager was forced to spend a terrifying night hanging against the cliff face.

“He stayed around 10 hours against the cliff, from 9pm to 7.30 am,” said Stephane Bozon, the commander of the High Mountain military police based at Chamonix.

“We commend his courage and his conduct that he demonstrated throughout the night,” Bozon added.

The teenager eventually escaped unharmed. His father’s body was also recovered from the mountain.