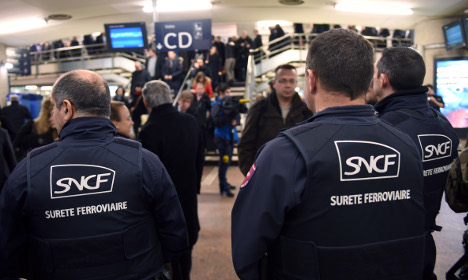 The French government on Monday announced a series of measures to beef up security on public transport following a
thwarted attack on a high-speed train between Amsterdam and Paris.

A bill on the proposed measures is to be debated in the French parliament next month with the government hoping that the new measures will be adopted by early next year.

Luggage searches would only be undertaken with the passenger's consent, but in the event of a refusal, the passenger could be prevented from travelling.

Under the new legislation, police and gendarmes, who have not so far not been permitted to search passengers luggage, could be given the same powers.

The new measures have been drawn up following a foiled attack by a heavily-armed gunman on a packed high-speed train in September.

The attack was blocked by several quick-thinking passengers, among them two off-duty US servicemen, who prevented what officials said would otherwise have turned into a massacre.