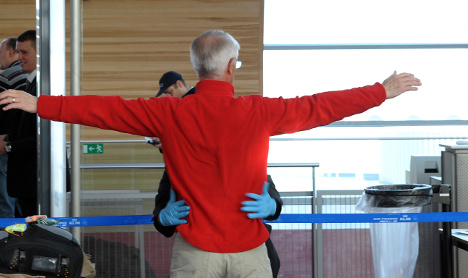 France was on Monday left red-faced after an Algerian minister was searched at a Paris airport, pledging to ensure such an “unfortunate incident” would not be repeated.

Algeria had on Sunday summoned France's ambassador to protest a day after officials at Orly airport insisted on searching Communications Minister Hamid Grine despite his holding a diplomatic passport.

The incident prompted a swift response from the foreign ministry in Paris, which said it was working to ensure such a mistake was not repeated.

“We are working with the interior ministry and the management of Aeroports de Paris to make sure this type of particularly unfortunate incident does not happen again,” ministry spokesman Romain Nadal told reporters.

“We are committed to facilitating the travel of senior foreign officials in France,” he said.

The Algerian foreign ministry had denounced the treatment of Grine as “unacceptable”, saying it was the third time such an incident had happened at a ministerial level.

Ties between France and Algeria have grown closer in recent years on both a political and economic level under the Socialist government of French president Francois Hollande.

In a separate incident in March 2014, France was similarly embarrassed after Morocco's foreign minister was searched as he passed through Charles de Gaulle airport just north of Paris.

At the time, French officials apologised to Rabat and pledged to work with the interior ministry and the airport management to respect the rules regarding diplomatic travel.