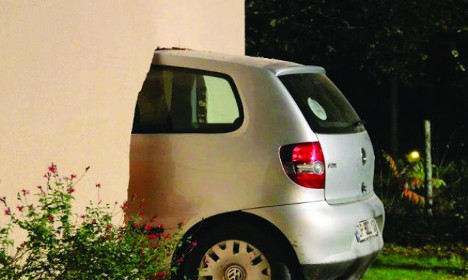 The car swerved off the road and into a living room. Photo: Julien Couderc/SDIS24
The accident occurred late on Saturday night in the town of Sarladais, in Aquitaine, when a car swerved off the road.
The car then crashed directly through the wall of a house and into the living room, where a woman in her fifties was watching television, reported the Sud Ouest newspaper. Pictures from the local fire department's Facebook page showed that almost the entire car ended up inside the home.
The department called it “an unusual situation that could have had tragic consequences”.