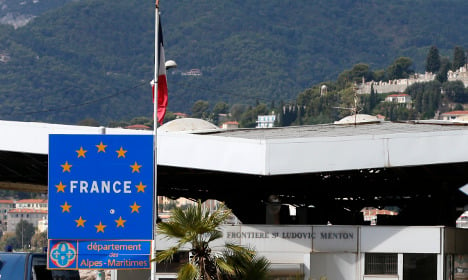 The new figures released by France’s national statistics body INSEE help answer a few questions on the flow of immigration in and out France.

The data was made public at a time when immigration is once again high on the agenda due to the ongoing refugee crisis.

Is the number of immigrants heading to France rising?

So the percentage of foreigners in France is rocketing?

Not quite true either. The native French population is hardly being replaced by foreigners as some right wing commentators have regularly claim.

According to INSEE the percentage of the French population that is counted as immigrants was 8.9 percent in January 2014.

In other words French people born in France made up 89.07 percent of the population back in 2006 and that figure had shrunk ever so slightly to 88.42 percent in 2013.

A graph in Le Monde newspaper neatly shows how the make up of the French population has hardly changed.

INSEE puts this down to the growing number of people who move between countries for short term professional reasons, particularly in Europe. So how about net migration in France overall?

Well the figures are hardly astounding. A total of 33,000 more people entered France last year than left, that compares with 112,000 in 2006. The drop is essentially due to a rise in the number of French and foreign nationals heading abroad.

So are all French people really leaving to go abroad?

No that’s not quite true although the numbers are rising. Between 2007 the number of people departing France rose by 5.2 percent. That’s hardly a stratospheric jump. The claims by some of a mass brain drain of young French people desperate to go abroad to escape high unemployment appears to be exaggerated.

Although there are no definitive figures, France’s foreign ministry estimates there are between two and three million French nationals living around the world.

The figures show that the number of French expatriates returning home remains stable around the 78,000 mark. That means that the net migration of French nationals has doubled from 60,000 to 120,000 between 2006 and 2013.

For those returning, half of them are aged 18 to 29 years and a third fall into the 30 to 50 years old age bracket

How does France compare to other countries?

Well, when it comes to Britain, France is well behind. Figures released in August revealed that net migration to the UK had reached a record high. The UK’s National Statistics office put the number at 330,000 in the 12 months to March 2015. That’s a 28 percent increase on the same twelve months to March 2014.

The jump was partly due to the fact 9,000 fewer people left the UK. Most of those who arrived were EU migrants, 61 percent of whom had jobs lined up.

Around 13 percent of the UK population (8.3 million) were born abroad.

The net migration to Germany has seen a dramatic jump with figures for 2013 revealing it had risen to 437,000. Many of those migrants came from Poland and other eastern European countries.

Spain bucks the trend of the other countries mentioned above with figures for 2013 showing 532,000 people having left the country while 280,000 arrived.