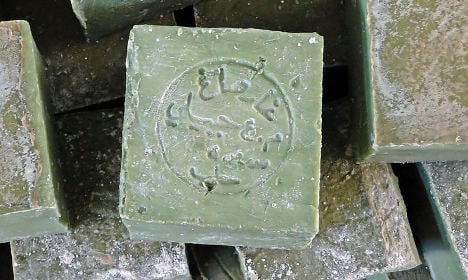 The parcels in question contained soap made in the Syrian city of Aleppo. Photo: Bernard Gagnon

Shortly before noon, police in the village of Bruay-La Buissière near Calais received a very disturbing call.

The owner of a property in the centre of town explained he had discovered several mysterious parcels marked 'Made in Syria' and containing what appeared to be explosives.

Alarms bells went off and authorities reacted by book, dispatching a dozen vehicles were to the area as well as establishing a security perimeter.

Traffic was diverted, and locals and shopkeepers were ordered to evacuate.

Around 1,000 students at the nearby Carnot high school were also given their marching orders with emergency workers taking no chances, local daily La Voix du Nord reported.

An hour later, the bomb squad arrived on the scene, and authorities waited with baited breath.

But the tension quickly went down a few notches when the contents were revealed to be none other than soap from the Syrian city of Aleppo, spoiled by a long period in storage.

“An ounce of prevention is better than a pound of cure,” said relieved town mayor Olivier Switaj.

Police, meanwhile, said they had located the tenant of the property at the centre of the drama.

“She explained to use a friend of her son had asked her to store the boxes,” they said.