Volunteers and firefighters began the gruelling task Monday of cleaning up French Riviera towns strewn with mud and debris, as the death toll from floods which tore through the normally glitzy region rose to 19.

Citizens of Britain, Italy and Portugal were among those who died when a torrential weekend downpour trapped people in garages and retirement homes in Mediterranean resort towns beloved by jet-setting tourists.

Water gushed through the streets of Cannes, Nice and Antibes, leaving cars including Porsches and Ferraris scattered about, often upside down and hundreds of metres from where they were parked. Another person was found dead Monday in the worst-hit town of Mandelieu-la-Napoule, with eight now confirmed killed there after being trapped in garages when they tried to remove their cars, a local official said.

And in Cannes a body was found in an underground parking lot, leaving one person still missing in the city that hosts the annual film festival, with another missing in nearby Antibes. Britain's Foreign Office said a British national had died in the floods, without giving further details, while a local official said an Italian woman and Portuguese man also died.

In the town of Biot, about 40 kilometres (25 miles) from Monte Carlo where three people drowned in a retirement home, hundreds of clean-up workers clad in diving suits and carrying chainsaws removed trees and debris strewn around a river.

As the Mediterranean sunshine returned, volunteers grabbed brooms and mops to help victims of the damage clean out thick layers of mud from their homes and businesses.

“It is everywhere, it smells bad and it seeps into everything. It is making the furniture swell up,” said one local, who did not give her name.

Some 9,000 households in the region still had no electricity after the record rainfall that saw 180 millimetres (seven inches) of water fall on Cannes alone — nearly two months' worth in three hours. President Francois Hollande toured the region, where he said a state of natural catastrophe would be declared Wednesday to allow emergency funds to be channelled to the devastated region.

As criticism grew over the fact the region had been placed only on “orange alert” status ahead of the storm — short of the top level of readiness — meteorologists were called onto local television stations to explain how their systems had failed to raise the alarm ahead of the torrential downpour.

Pascal Brovelli of the Meteo-France weather service told AFP the damage was due to more rain than expected falling in a very short period of time in heavily urbanised areas. “Should we have been” on alert red? “We will have to see if we could have anticipated what happened,” government spokesman Stephane Le Foll said on France Inter radio.

Hollande said Sunday an environmental lesson should be learned.

“There have always been catastrophes. But their frequency and intensity are on the increase,” he said, urging that environmental decisions “be taken” as France prepares to host UN-led climate talks in December on a post-2020 pact to curb greenhouse gases.

'A wave carried us away'

“We have no electricity, no flowing water,” said park director Bernard Gianpaolo, as dozens of firemen worked to pump out water blocking filtration systems at the park. (A boy stands next to rubble and damaged cars after violent storms and floods in Biot, southeastern France. Photo: AFP)

“I saw water pour in from the veranda. Within five minutes, it was up to my waist,” said France Oberlin, a retired resident of Mandelieu-la-Napoule.

Guy Morales in Cannes described how he was in his car when “a sort of wave carried us away. We couldn't do anything, the car hurtled down the street.”

He, his wife and his dog managed to get out the car and waited for three hours on top of a wall for the water, which had been at shoulder height, to recede. Rail operator SNCF was trying to restore train services after serious damage to tracks, electrical lines and infrastructure in the floods.

The region's worst flood in the past 25 years was in June 2010, when 25 people were killed and one billion euros ($1.12 billion) of damage was caused.

In December 1999, 92 people in France were killed by flooding, fallen trees and other storm damage caused by hurricane-strength winds that struck northwestern Europe.

Communications to the region — one of the wealthiest in France, and a magnet for visitors from around the world — were badly hit and thousands of residents were left without power. 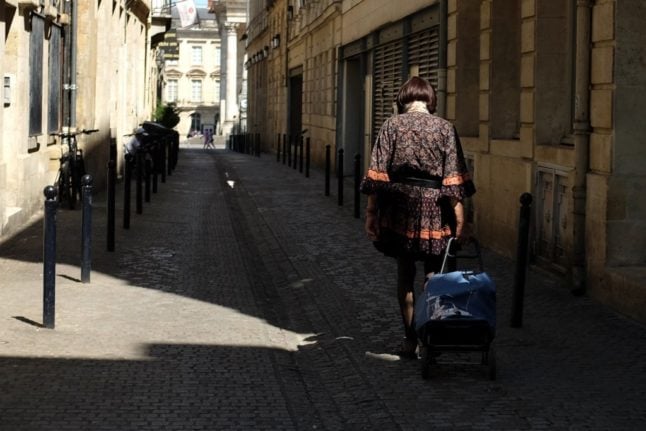