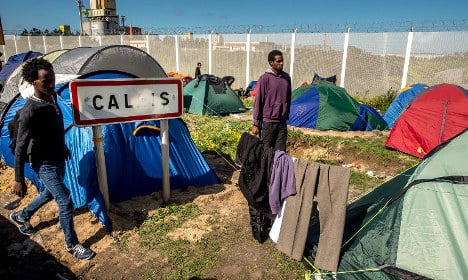 Refugees in the northern French port of Calais. Photo: AFP

He became the 12th refugee killed trying to cross the Channel to Britain this year.

“At around 8am, the driver of a heavy-goods vehicle checked his load, and found a deceased migrant in his lorry undoubtedly crushed by the pallets,” the wooden platforms used to stack goods, said a source in the local prefecture.

An investigation was opened by police.

The last migrant death in the area was on September 24th, when a child was hit by a freight carriage near the opening of the Channel Tunnel.

Between 3,000 and 3,500 people, mostly from Africa and the Middle East, are gathered around the port, hoping to reach Britain, with several hundred more
living in a camp around 40 kilometres (25 miles) from Calais.