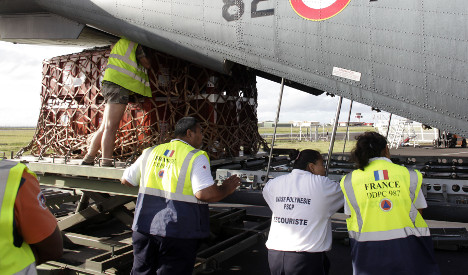 However, he did not specify how the assistance would be divided and whether it would go to fight poverty or climate change.

France has been seeking greater commitments by wealthy countries to nations hardest hit by rising temperatures and sea levels as part of year-end negotiations in Paris aimed at a new agreement on climate change.

Hollande, meeting French ambassadors at a gathering in Paris last month, had said that France would boost aid but had not given a figure.

He made the promise as he announced a new relationship between the French Development Agency and the Caisse de Depot, a public finance institution.

With a budget of around €8 billion , France's aid budget is 0.36 percent of GDP — well below the goal set by rich countries of one percent.

One, the campaign backed by rocker Bono aimed at eradicating extreme poverty, welcomed Hollande's announcement but voiced hope the money would go to least developed countries.

“After four years of aid budget cuts, it's high time for France finally to change course,” said Friederike Roder, director of the One campaign in France.

“We're waiting to know the details to see if France will be as exemplary as Francois Hollande has announced,” she said.

The United Nations on Friday endorsed a goal of eradicating extreme poverty by 2030.

While political leaders widely supported the goal, the United Nations has estimated that it will require up to $5 trillion per year — a massive commitment.

Activists have voiced fear that climate assistance would simply be redirected from aid aimed at existing goals on health, education and other development areas.