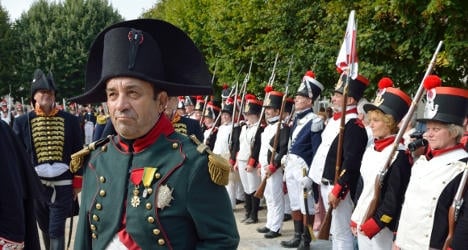 The list details the inhabitants of Napoleon's household on the island, Longwood, including loyal aide General Henri Gatien Bertrand and his family, and numerous staff including “32 Chinese”.

Each day, the entourage were delivered 23 kilos of beef and veal, 23 kilos of mutton or pork, 31 kilos of bread, 42 eggs and 15 bottles of milk, two turkeys, two geese, 12 pigeons and nine fowl, in addition to the pig and ducks.

And to accompany the vast quantities of wine, also on the list were malt liquor, rum and cognac.

“This fascinating document gives a detailed insight into the quality and quantity of wine, spirits and food that were enjoyed by Napoleon and his retinue during his exile on St Helena,” explained auction house Woolley and Wallis.

Signed by Denzil Ibbetson, a British officer and artist who served on St. Helena, the inventory is dated October 13th, 1820.

Napoleon arrived on St. Helena in October 1815, after a long sea journey from Britain. Consumed by boredom and bitterness, Napoleon died in May 1821 aged 52, possibly of stomach cancer.

RACISM
Hero or villain: Why France is divided over Napoleon

The deposed emperor may not be getting much of a celebration on the 200th anniversary of his death. Photo: Natalia Kolesnikova/AFP

Wednesday, May 5 marks the 200th anniversary of Napoleon’s death on the Atlantic island of Saint Helena, where he had been exiled by the British after his defeat at the Battle of Waterloo in 1815.

But while he is undoubtedly famous, Napoleon is far from un-controversial in France.

Napoleon is best known for his military prowess, he fought over 70 battles and was only defeated in eight, making France the greatest military power in Europe during his reign.

These include the metric system, the lycée secondary school system and the system of meritocracy in the government and army (where you are promoted on ability, not background. Theoretically, anyway).

Asked to name the greatest general on Earth, his British rival the Duke of Wellington said: “In this age, in past ages, in any age, Napoleon“.

“Part of French society has always been impressed by the glory,” Peter Hicks, of the Napoleon Foundation, told AFP.

“That was the currency of the Napoleonic Empire: la grandeur. He was grandeur writ large.”

Why not mark it?

But there are plenty of aspects to Napoleon that make him not the kind of guy you would want to celebrate.

He overturned the French republic and crowned himself Emperor, giving his family lavish privileges and important jobs.

His wars also inevitably brought about a lot of death, estimated to be between 3.5 to 6 million people. Cities were destroyed, victims left without a roof over their heads and women raped as he often favoured conflict over peace. Napoleon was also behind the brutal Siege of Jaffa in 1799.

But undoubtedly the most problematic part of his reign was the reintroduction of slavery in 1802, less than a decade after it was abolished following the Revolution.

For historian Catherine Coquery-Vidrovitch, who has written a book on the slave trade, this reflects Napoleon‘s heartless pragmatism, rather than outright racism, as he sought to dominate the Caribbean and its sugar trade.

“He gave into the pressures of colonial plantation owners in the Assembly. The fate of the slaves themselves no doubt bothered him very little,” she told AFP.

Ex-prime minister Jean-Marc Ayrault, head of the Foundation for the Abolition of Slavery, agrees: “Napoleon acted as he did in all things: without emotion or morals,” he told AFP.

“Napoleon was a cynic.”

Not a new controversy

And if this sounds like the rewriting of history with a 21st-century slant, it’s not really – Napoleon has long been a controversial figure in his homeland.

While it is hard to open Google Maps anywhere in France without seeing the names of Victor Hugo, Louis Pasteur or Charles De Gaulle running down a major street, there are but a handful of side streets dedicated to L’Empereur.

For many, he was a war-monger who left millions dead across Europe, and a despot who turned the ideals of the revolution into a vehicle for his personal ambitions, ultimately leaving France bankrupt and occupied.

Former President Jacques Chirac refused to involve himself with any commemoration festivities of the Battle of Austerlitz in 2005 and François Hollande did the same two years later on the anniversary of the Battle of Waterloo.

The 200th anniversary of Napoleon’s death was meant to be celebrated in France by a visit from Russian President Vladimir Putin.

Putin would have brought the remains of a Napoleonic marshal identified thanks to DNA in 2019 who had been recovered from the Battle of Valutino. However, Covid-19 curtailed those plans.

There have been several exhibitions dedicated to his place in history – from his private boudoir at the Chateau de Fontainebleau to the Army Museum’s gathering of Christ-like portraits that proliferated after his exile – but the closure of museums and tourist sites until at least May 19th means that few have seen them.

A major exhibition in the Grande Halle de la Villette in Paris aims, once visitors are allowed back, to tackle the problematic aspects of the Emperor’s life as well as his legacy – putting on show for the first time his order reinstating slavery.

Emmanuel Macron, known for his “en même temps” (at the same time) approach to thorny questions, has typically indicated he will take a nuanced approach.

Facing election next year, it is a delicate balancing act. Macron’s office says he will address “this major figure in our history… with open eyes”.

The president will be attending an event at Les Invalides on the anniversary itself and will lay a wreath. 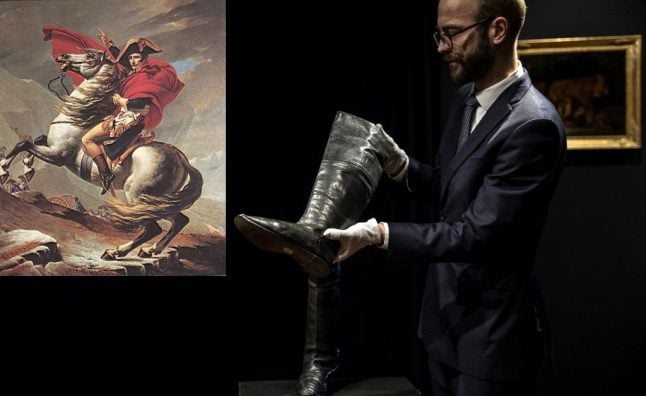 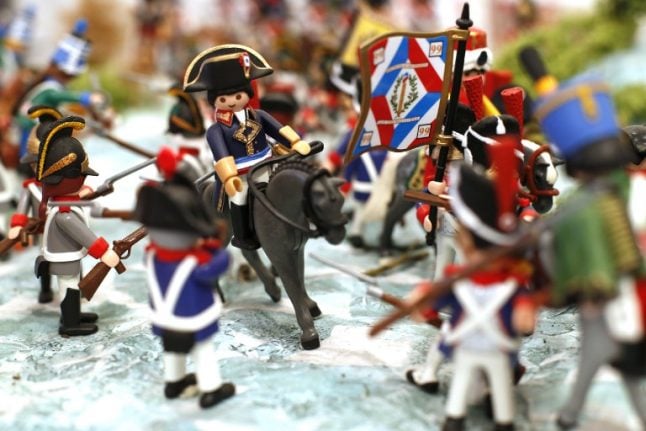