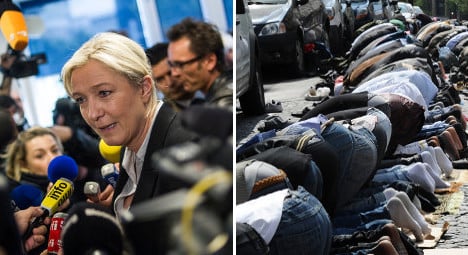 Le Pen made the comparison in December 2010 while campaigning for the presidency of her party, and a judicial enquiry was opened into the matter in 2012.

The move to put her on trial comes after the the European Parliament has stripped National Front leader of her immunity as a lawmaker In July 2013.

That decision left her open to face prosecution in France.

The populist far-right leader, who was first elected to the European Parliament in 2004, has said that the move by the EU was an attempt to “intimidate” her because she was “a dissident” and she invoked her right to freedom of expression.

“I will now defend myself in court and I am absolutely convinced that it will rule in my favour and defend my right to tell the French the truth about the situation,” she said at the time.

Le Pen believes her views are shared by “a majority of French people” and that the lawmakers' vote “will bring to the fore the issue of daily violations against secularism in France”.

Tuesday's announcement will be a blow to the party just as it was hoping to build up momentum ahead of the regional elections in December and the presidential election in 2017, in which Le Pen is expected to perform strongly.

Some political analysts doubt however that putting Marine Le Pen on trial is the right move.

“She will no doubt try to turn this to her advantage and make herself out to be the victim of some kind of plot between the mainstream parties, who have had her right to free speech taken away from her,” French far-right specialist Jean-yves Camus told The Local.

“If they really wanted to deal with Marine Le Pen it would have been much wiser for the mainstream political parties to just concentrate on themselves and on what they say. For example, the more the centre-right party talks about Islam the more they give legitimacy to the National Front.”

But anti-racism campaigners say whether or not Le Pen's enjoy's the publicity, the right thing to do is put up before a judge.

“What Marine Le Pen said was disgraceful. When we take people to court as an organization we always ask ourselves: 'Is this person going to get publicity out of it and will they benefit?', but you cannot decide on these grounds,” Philippe Schmidt from the International League against Racism and anti-Semitism (LICRA) told The Local.

“If the person simply has to be prosecuted for what they've said, then that's the most important factor to consider, especially if it's the state that is prosecuting. The most important thing to consider is not whether she will be able to claim she is a victim but simply whether what she said was illegal.” 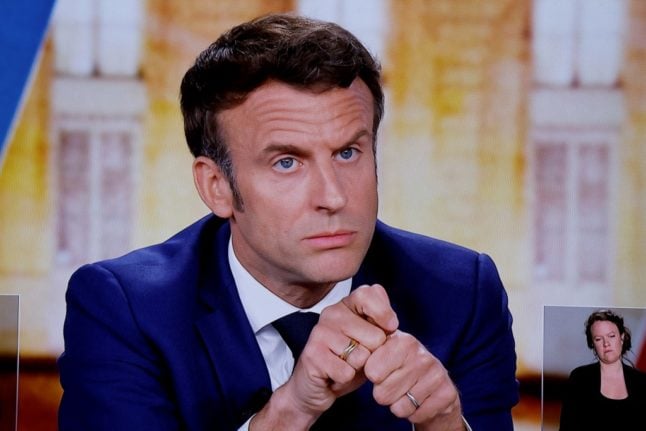