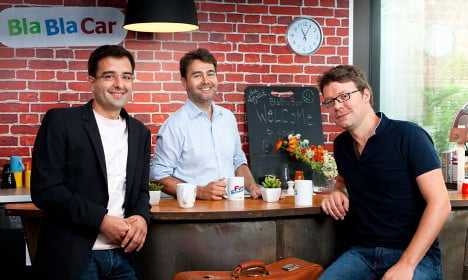 Nicolas Brusson, left, with the two other co-founders of BlaBlaCar. Photo: BlaBlaCar
French car-sharing app BlaBlaCar made headlines the world over on Thursday after it became the country's first “start-up unicorn” – that is a start-up company that is valued at over $1 billion.
The news came after the Paris-based company, which has 20 million members in 19 countries, took an investment of $200 million.
The app allows motorists and passengers to meet and share a car journey, saving both the driver and the passenger expenses – and co-founder and COO Nicolas Brusson thinks it won't be the last unicorn to come out of France.
“I think we can serve as an example to all French and European start-ups. I hope we can show them to set the bar high in terms of their ambition,” Brusson told The Local.
“We want to be a big global company. This was not just about setting something up quickly and hoping someone will come along and buy it. It’s a long term vision.”
“That’s why we set about raising a big chunk of money so we could build a company and stay around for the long run.
“Our success can certainly stimulate more entrepreneurs to think, that’s what we want, and also encourage more investors to think there’s a model in France and Europe to invest in.”
READ ALSO: Six things you need to know about BlaBlaCar

(The three co-founders of BlaBlaCar. Photo: BlaBlaCar)
Brusson has actually never worked in France, with his role at BlaBaCars marking the beginning of his French career. And he is convinced it's time others consider launching start-ups in France.
Both Brusson and BlaBlaCar have been involved in the publicity campaign “Reviens Léon” which urges French entrepreneurs in the US to come home.
Indeed, there's a lot of work to be done, with thousands of young French tech-heads leaving France over the last decade searching for greener pastures in Silicon Valley.
The new campaign saw an open letter recently published in Le Monde urging French expats to reconsider their choice, and was signed by the heads of ten successful start-ups in France.
“The idea behind the campaign was to go and talk to the French expats that live in the US and discuss the possibilities for start-ups in France,” he said.
“Many of them left because they were frustrated at not seeing start-ups coming out of France or elsewhere in Europe.
“But we want to get the message across that things have changed. It would be great to bring back some of their talents, because we need them.”
And while it may sound like a tough sell, especially considering France's infamously tough taxes and tangle of red tape, Brusson says techies shouldn't be put off by France.
“As always, part of the impression is anchored in some reality but much of it is just pessimism,” he said.
“Certain things are more complex here in terms of employment laws but there’s a lot of myths around taxes and paperwork.
“We have invested in a great many countries, so we get a good idea of what it means to do business around the world. All in all there are positives and negatives about each place and France is no different.
“There was some pretty bad publicity for France when the government brought in its 75 percent tax and it gave people the wrong impression. (Photo: AFP)
“It created a myth, and the reality is I don’t know anyone who paid 75 percent tax,” he said.
Indeed, the tax was scrapped at beginning of this year.
“I’ve worked in Paris, California and London and paid more or less the same amount of tax.
“If you look at things like Capital Gains Tax and stock options, its not to dissimilar in France to the UK.
“People talk about the barrier in France of high payroll charges and they are certainly higher in Paris than London, but the difference is in London the salaries are higher because London is more expensive. You end up paying them more so overall the cost of employment will come in at just about the same.”
So what about the Paris start-up scene in general? Is it the place to be right now?
“Paris does tend to be a bit underrated, but if you look at the number of companies coming out of Paris that are bought out or get an IPO rating, then there’s more than Berlin,” he says. (Photo: AFP)
Brusson says that for those thinking of following in his footsteps, there's plenty to consider.
“The main thing I would tell people is that they should really think about who their market is, and define it from the beginning,” he said.
“Many people make the mistake of just thinking about their own country. A start-up in Paris should not just be thinking about the French market, but a European one. That’s why very quickly we decided to buy companies in Germany and set up shop elsewhere in Europe.”
Despite the impressive figures and Thursday's good news, the company is still not profitable. At least not yet.
“We are focused on growth and breaking into new markets. In a way, I hope we are not profitable soon because we want to concentrate on growth and being more aggressive. Obviously we can’t go on for years like that,” he said.
“But we have shown by being profitable in France — and by the fact we will soon be profitable in Spain — that the model works.” 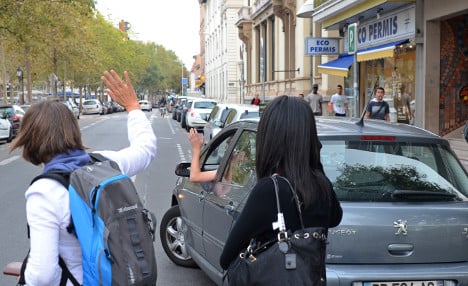 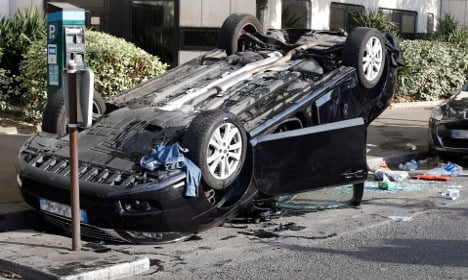 TAXI
‘Uber’s victory over taxis is sign of progress in France’
Url copied to clipboard!